If you're an owner of a laptop and you're needing an extra speed boost when you're using it, you may want to invest in purchasing an SSD for your laptop. Most laptops will have compatibility for an NVME SSD. 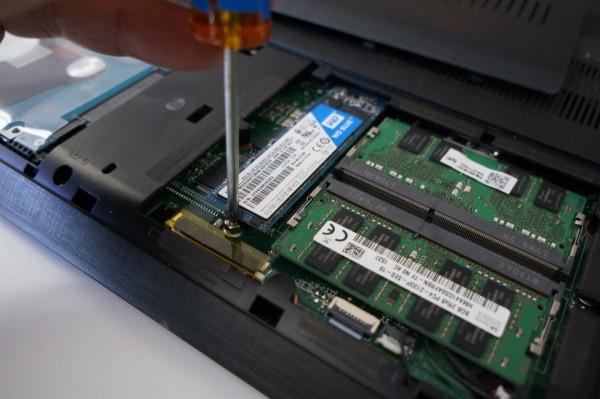 An SSD is a storage drive that is like a regular hard drive but without any moving internal parts. It doesn't store data in a magnetic disk, but it stores data using flash memory. The difference between the two is why an SSD performs drastically better than a traditional hard drive.

How To Find The Best SSD

The speeds of the SSD's writes and reads will determine how fast the SSD is when transferring data to and from your laptop.

Check if it's power-efficient or not

Some SSDs can use up lots of power while other SSDs are efficient with it.

If you're concerned over how much power the SSD consumes, you can try finding a review or a power consumption test online from reputable websites.

Check the endurance of the SSD

SSDs use flash memory and flash memory can wear down when used too much. Specifically, after a storage cell received enough writes, it won't hold data anymore.

So if you're worried about this, the majority of SSD manufacturers have their total terabytes written or drive writers per day listed down somewhere. Check the packaging and you'll probably find the information.

The Best SSDs For A Laptop

The Samsung 970 Evo SSD is powered by Samsung's V-Nand Technology. The SSD offers the best bandwidth and the highest performance when you do everyday tasks on your computer and it even excels with intensive tasks such as rendering 3D models as well as editing 4K videos with ease.

Read Also: [Review] The Sabrent Rocket Q 4TB NVME SSD That Can Transfer 30G Data in About 2 Minutes is Superb: Here are Other Reasons To Buy

The Sabrent Rocket Q SSD will deliver every advantage of the flash disk technology, which means amazing speeds and excellent performance.

This SSD is at a better value than competing SSDs while being as fast as the others. If you're worried that this SSD will be difficult to install, don't worry. The SSD is a breeze to install. If you want a great value SSD, this one is for you.

The Crucial MX500 SSD will deliver high performance and fantastic speed right to your laptop. This SSD is built to high quality standards and the speed has been tested thoroughly to match even the best. The security of the data on the SSD is top notch.