When you see the specifications of the cheapest laptop that Walmart offers, it will be clear that the laptop isn't going to be powerful at all. The EVOO EV-C-115-6 costs $129, but its specs seem to a fair match with Chromebooks almost double the price. 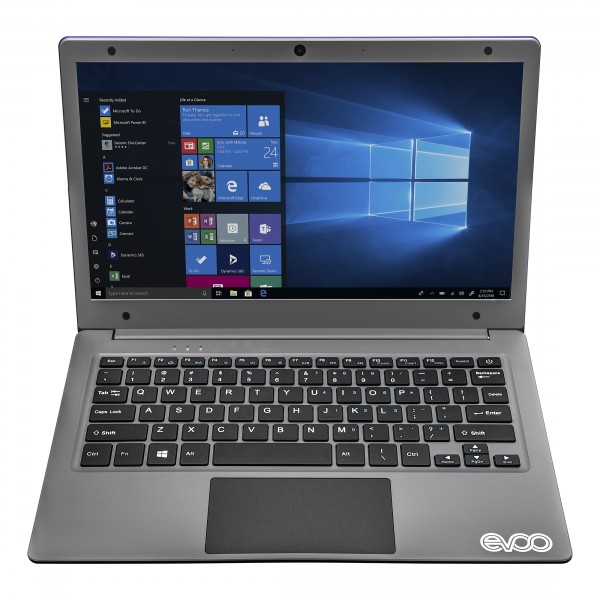 This laptop isn't a laptop you should buy to use Windows with since it doesn't have enough RAM or storage space for anything to run decently well. If the laptop ever tries to update to a new version of Windows, it won't work due to there being not enough space for it.

What Are The Laptop's Specs?

However, this doesn't mean that you can't use this laptop for anything at all. You might see the worth in replacing the operating system with a Linux-based distribution like Ubuntu since Linux is lighter on RAM usage and storage requirements.

The specs of the EVOO EV-C-116-5 aren't impressive. The operating system it comes with is Windows 10 Home in S mode, which is a version of Windows 10 that's focused on performance and security. The processor in the laptop is a dual-core AMD A4-9120, which can't perform at full capacity on this laptop. The RAM it has is a modest 2GB of DDR4 RAM, which is not enough at all.

The graphics card it has is an integrated Radeon R3, so don't expect to handle GPU loads efficiently with this laptop. The Wi-Fi adapter that's installed in the laptop is a Realtek RTL873B, which is specified for 2.4GHz only with 802.11n and Bluetooth. The included SSD is a small Foreesee 32GN eMMC SSD, which has the Windows 10 Home taking up most of its space.

The laptop's battery has a capacity of 4500 mAH at 7.6V, which won't last long if you use it continuously while placing the laptop under heavy load. The display of the laptop is 11.6 inches wide and the highest resolution it can handle is 1080p. Most people would see that these specs are below average.

Who Should Buy This Laptop?

The target audience of Walmart's cheapest laptop is the bargain shoppers who know nothing about technology. They look for the cheapest Windows laptop that they can use. This laptop's specs won't give even them a good experience,

The laptop doesn't have enough RAM or storage for it to do anything at a reasonable rate. A one-year subscription to Office 365 is included with the laptop, but it struggles to run Windows and that means an office suite won't run any better.

If someone's looking for a cheap laptop that's under $200, it would be best if they went for a secondhand laptop instead of the EVOO EV-C-116-5. You can buy laptops that would cost you the same amount but with twice the power of Walmart's cheapest laptop.

A regular Chromebook would work as well as a cheap Linux laptop, but you'd need to tinker with it to make it run as well. The Chromebooks forget how to boot to Linux sometimes, which leads to more time having to tinker with the laptop.

Walmart's cheapest laptop isn't powerful enough to make it a reasonable purchase. It might have a purpose that fits it perfectly, but no one knows what it is.

Read Also: How To Pick The Best SSD For Your Laptop: Top 3 Choices