Have you heard of Eiza Gonzalez, who is rumored to be Timothee Chamalet's girlfriend? You have probably heard of her quite a bit since she had her debut on the big screen when she starred in Baby Driver. 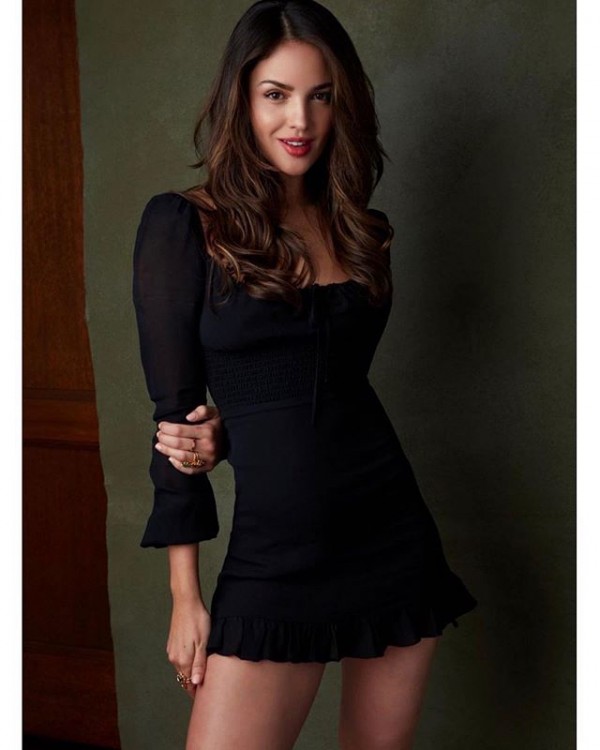 However, Eiza has been in the entertainment industry for a long time. She wasn't solely involved in movies, but she has tried her hand in music and fashion. This Mexican actress has more to her than meets the eye.

Fun Facts You May Not Have Known About Eiza Gonzalez

Eiza Gonzalez was born in the city of Sonora in Mexico on January 30, 1990, to her mother, Glenda Reyna. Eiza's mother is a Mexican entrepreneur and model that founded the Glenda Modeling Training agency, where Elsa Benitez, Celina del Villar, and Heidi Balvanera started as models along with many others.

From the beginning, Glenda has constantly supported Eiza's career. Eiza has an older half-brother from her mother's side, who's named Yulen Valladares.

Eiza's father met the end of his life due to a fatal motorcycle event when she was merely 12 years of age. Ever since her father's death, she has dedicated every step of her life to her father and she has been coping with the loss in healthy ways. Although, she had a short bout with depression after her father's death.

Eiza lost her father when she was young, but she wasn't young enough to not understand what happened to her father. She was close to her father, and that caused her to fall into a dark place where she couldn't handle the loss.

The loss led to Eiza eating too much food and that made her gain a tremendous amount of weight, and she was extremely sad. She wasn't in a good place after the loss.

Eiza began her career back in 2007 when she was 17. She had her start in the entertainment as the lead of the TV series called Lola...érase una vez. After the show ended with outstanding success in 2008, she began her career in music.

Music is something that Eiza loves greatly. The EMI Music group was with who she was signed, and Eiza released a solo album called Contracorriente in 2009. Her first solo album found success thanks to her lead single called Mi Destino Soy Yo.

Eiza released another album called Te Acordarás de Mí' three years after her first in 2012. This was before she starred in the music video for the song Propuesta Indecente by Romeo Santos.

View this post on Instagram
“She’s Missing” by @alexandra_mcguinness is now playing in every platform. @lucyfry A post shared by  Eiza (@eizagonzalez) on Aug 1, 2019 at 12:17pm PDT

Eiza is a lover of exercising. She likes the kinds of exercises that combine strength and cardio. The kinds of sports she loves are those that take place outdoors, such as cycling, skating, skiing, hiking, and running. According to Eiza, it's important to listen to what your body tells you since the body is wise. Her lifestyle is focused on being careful and conscious about what she does. Whenever she has time on her hands, she tries to pamper herself as best as she can.

One of Eiza's passions is fashion, which is thanks to her mother. She has walked in a few fashion shows and she has been doing campaigns for several brands. Showcasing her personal style is something Eiza likes to do when on the red carpet and when attending music festivals.

Read More: 90 Day Fiance's Larissa Lima Furious After Barely Getting Any Screen Time On Latest Episode: Here's How She Retaliates