The majority of peoplel have had a tattered toy that they've kept since their childhood inside a box somewhere that they can't display due to how worn the toy looks. However, a pregnant woman has made a viral post with pictures showing how she revitalized her old childhood toy using only a few simple ingredients 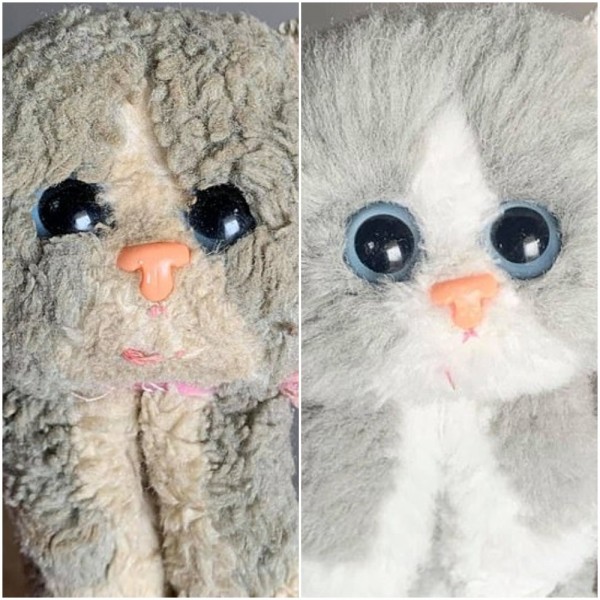 That pregnant woman is from Wales and her name is Anna Pritchard-Jones, and she gives an explanation of how she wanted to clean her old toy which is called a Kitty Kitty Kitten toy so that she can display it in her future daughter's bedroom.

How Did The Woman Restore Her Childhood Toy? 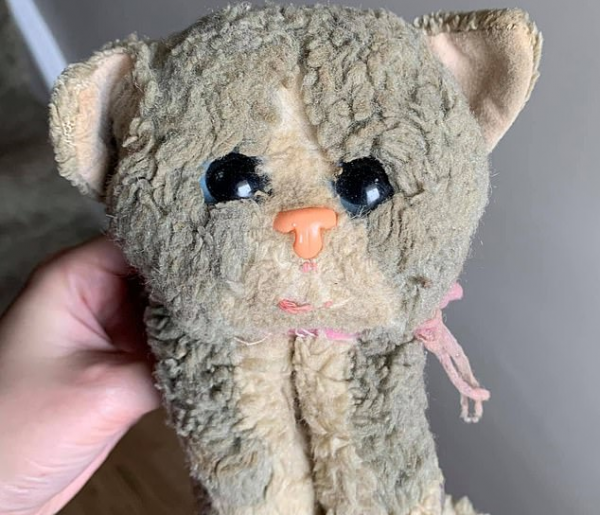 Anna shared the pictures of her progress on the private Facebook group named Hinch Army Cleaning Tips. Her restoration impressed members of the group and they didn't believe it was the same toy from the before and after pictures.

All that Anna used was Vanish Oxi poweder, fabric conditioner, and scent boosters and she washed the toy using her own hands so that she could get into the nooks and crannies. When she was done hand washing it, she brushed it all over so that she could eradicate all the dirt on the toy.

Read More: Do You Regret Posts You Made On Facebook Long Ago? Here's How You Can Hide Them Easily Using New Tool!

The process she went through succeeded and the toy was cleaned up well. Because of the work she did to clean her toy, the tatty cat toy looked as good as new. Anna mentioned that she was going to put it up as a decoration in her daughter's room.

The toy could still be seen as an old toy, but that didn't matter since it was just going to be displayed on a shelf in her daughter's bedroom. Anna tells people to take care of their toys if they try washing them since old toys are delicate. 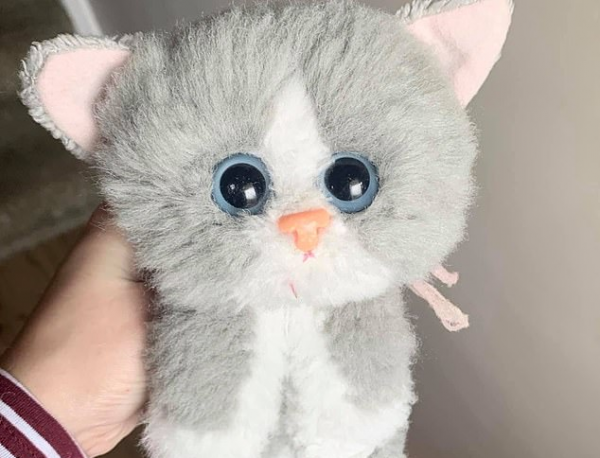 The post had Anna describing the entire process of how she cleaned the toy effectively. She said that she fluffed the toy out using a bristly teasing brush, but she mentions that there may be better brushes for this out there.

The toy still felt old and scraggly, but the way the toy looks is like it was brand new. It seemed to be soft and fluffy.

The post gained lots of positive comments and reactions from people. Many people were happy to see the toy restores since it was a popular toy for children back in the 1990s.

It was unbelievable to many that the toy was the same when it was restored.

Unfortunately, a recall was issued for these toys back in 2001 and the company who made the toys are out of business. So, if you want one of these yourself, you have to look for one that someone already owns and get one from them. But here's a video of a YouTube user by the name of unicorn1513 and their collection: