The Nikola Corporation has been the forerunner of battery-powered electric trucks as well as hydrogen fuel cell-powered trucks. They have been going on a promotional spree over the past couple of weeks trying to get people excited for its Badger electric pickup truck. 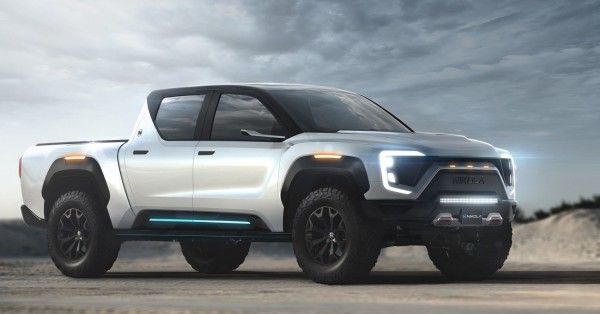 Today is when you can officially reserve a Nikola Badger, and analysts will be excitedly observing how excited people are so they can predict the future of Nikola's ideas.

Details On Reservations On A Nikola Badger

There were details regarding the reservations for the Badger revealed by Nikola, and they stated that they would officially begin on June 29 at 11 am ET. The Nikola Corporation has revealed a few packages that they are hoping will entice curious customers into placing a reservation down for a Badger.

Nikola also introduced two differing packages, which are named Nikola WAV as well as Nikola NZT. These packages give people a chance to win free Nikola products, well, the ones that focus on Powersports. The Nikola WAV is a sportbike-lookalike electric watercraft, while the Nikola NZT is a high-horsepower off-road electric vehicle.

Here's a look at the #NikolaWAV and #NikolaNZT packages that will be available on June 29th at 11 am ET with a chance to win either a WAV or NZT, plus you'll automatically get ticket(s) to #NikolaWorld2020! pic.twitter.com/bkn6jmc3I6 — Nikola Motor Company (@nikolamotor) June 28, 2020

But the focus at this moment is the Badger electric pickup truck. The Badger is going to be officially unveiled during the company's even Nikola World 2020, but the company has given out the detailed specifications ahead of the reservations being commenced. The Nikola Motors CEO Trevor Milton tweeted that you can refund the amount you pay to reserve except the $250 that they will be funding towards their event mentioned above.

All reservations are 100% refundable without penalty all the way up until the vehicle enters the assembly line. The only part that is not refundable is $250 if you attend Nikola world as that is the cost to host the event. — Trevor Milton (@nikolatrevor) June 28, 2020

Nikola is already thinking about the one of many missions they have planned, which they're aiming for to commence on July 23. This mission is when Nikola will start construction for a factory located in the Arizona town of Coolidge, where they plan to produce a maximum of 35,000 trucks a year.

However, we should remember that Nikola has been constructing prototypes for the company's electric commercial trucks in a facility in the Germany town of Ulm, which they partnered with CNH Industrial for the facility. This facility has a similar capacity as the one they plan to construct in Arizona, which is 35,000 trucks annually.

Nikola factory is breaking ground July 23rd in Coolidge, AZ as promised! 35,000 trucks a year will be built out of Coolidge bringing billions of dollars to Arizona's economy and thousands of new jobs. — Trevor Milton (@nikolatrevor) June 22, 2020

When the Arizona production plant is done and it goes online, they will have the production capacity at a maximum of 70,000 per year.