Audi is changing up their Q5 compact luxury crossover SUV with upgraded tech and an enhanced appearance as the most prominent changes to the SUV. 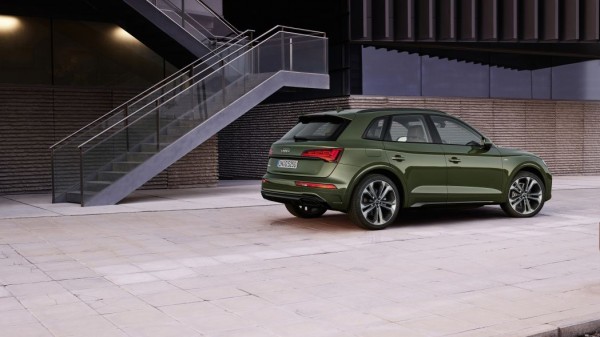 Audi has a large business with their SUVs and the Q5 series is one of their most popular models.

What Is The Audi Q5 Series?

The Audi Q5 series is made up of compact luxury crossover SUVs as mentioned above. These SUVs are manufactured by the German luxury car company Audio, and the series started in 2008.

This update to the Q5 series will make it a fair competitor against its rivals, the Mercedes-Benz GLC as well sa the BMW X3.

What Has Been Upgraded With The Audi Q5?

Regarding the style, the Q5 keeps the attractive profile that the current version has with the looks that are boxy and conservative.

The feature that hasn't been seen before is the OLED taillights, which the user can program to display a personalized design for a variety of purposes like going home or going to work. Audi has claimed that this feature is the first time it has been done in a car.

Audi is hoping that it obtains significant gains with the infotainment technology that will come with a boost in computing power that will increase speed and performance. The car manufacturer's amazing digital cockpit is partnered with a central display that will now have touchscreen capabilities.

Amazon Alexa lets users use voice commands that increase the functionality of the vehicle. The navigation displays are enhanced with satellite images from Google Eart, with detailed information on traffic forecasts and traffic flow.

There are six profile slots that users can personalize and save, which will be saved to the cloud and it remembers multiple settings such as seating positions, airconditioning settings, as well as frequent navigation destinations.

There haven't been many changes to the Q5 mechanically as it is the same size and it will contain the same engines as the current version, which includes the two options for turbodiesel and turbopetrol.

However, there will be a new version that's a mild hybrid. It will have a lithium-ion battery, but it won't be what moves the wheels, but it will be starting up the starter motor and powering the electric components of the SUV.

The battery in the mild hybrid version will let the vehicle coast at low speeds using the engine. This will all be contributed to fuel savings.