Microsoft has had an application filed to renew the Fable trademark while there have been rumors of a sequel to the RPG franchise, which was developed by Lionhead Studios, circulating the Internet. 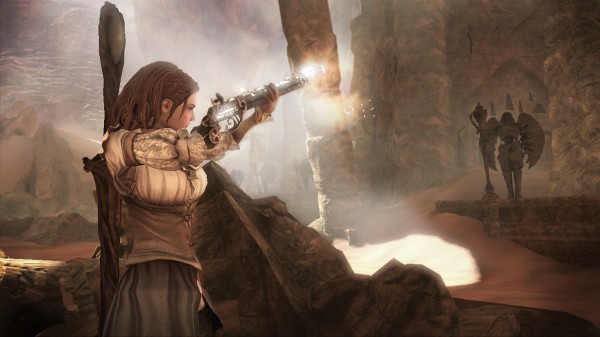 The Trademark For The Fable Series Is Being Renewed

Businesses will usually apply for trademarks of their IPs and renew them since they want to prevent other people from getting the trademarks that are rightfully under their ownership.

However, if you keep in mind the current context, it'll seem like an interesting move. It is a move that many deem to be interesting since they have marked the Intent to Use tag with a Yes, even if the Current Use tag is marked with a No. This suggests that Microsoft is planning something for the future or maybe even doing something with the franchise.

What Rumors Are Going Around About The Fable Series?

The rumor mill surrounding the Fable series and a possible new installment has been going on for many years since Fable 3 was released in 2010. There is much more information that can be dug up.

However, in late July, a placeholder Twitter account for Fable had its significance downplayed by Microsoft, which was registered by a user using a Microsoft e-mail address in March 2020.

In November 2017, Playground Games was reported to be hiring talent for a new game they were making, and the game was listed as an open-world action RPG. The developer opened up a brand new studio earlier that year so that they could create Project 2, a game that wouldn't feature any racing. This game not being a racing game means that it distances itself from the Forza series that Playground Games is mostly known for.

In the next year after what happened above, the Creative Director of Playground Games Ralph Fulton stated in an interview with Daily Star Online that the Xbox One X would be the main platform for the studio's upcoming game, and the interview happened a few days after a report from Eurogamer came up. The Eurogamer report stated that Playground Games was developing a new Fable game.

If you want to know what the Fable series' creator Peter Molyneux has to say concerning what he's looking for when it comes to a new Fable game, watch the video down below:

That's all the high-profile rumors that have come up regarding the Fable series and any upcoming games from the franchise. There will most likely be news on Fable during Microsoft's Xbox July event that revolves around their upcoming video game console the Xbox Series X.