If you are thinking in investing in an electric vehicle for conservation purposes, now may be the time to do so as electric vehicle owners will soon be paid for charging their car into the national electricity grid thanks to the Realising Electric Vehicle-to-grid Services project (REVS) from the Australian National University (ANU) led by Dr. Bjorn Sturmberg from the Battery Storage and Grid Integration Program at ANU.

The catch? The national grid operator will draw upon the vehicles' batteries in the rare moments that the grid is on the brink of a blackout. So, it's a win-win situation for everyone.

Get an Electric Vehicle, Get Paid for Charging It

According to The Conversation, the project will utilize at least 50 Nissan LEAF Electric Vehicles provided by the Australian Capital Territory (ACT) government fleet which is considered a big step towards making these services available to all Australians since this fleet makes up more than half of all new car sales in Australia. You can check out what makes this car unique in the video above.

This is all made possible thanks to the Australian Renewable Energy Agency's (ARENA) $2.4 million grant which will be used to construct 51 bidirectional charging stations across the ACT and upgrade government buildings with charging infrastructure in a report from The Canberra Times.

Dr. Sturmberg said that the vehicle-to-grid (V2G) technology has already been tested in a lab, but needs to demonstrate the reliability and viability of V2G services in the real world as noted in an article from Pace Today.

"We need to prove the control, coordination, and cybersecurity of the technology systems, as well as the crucial business and regulatory models to make V2G attractive to all stakeholders," he added. 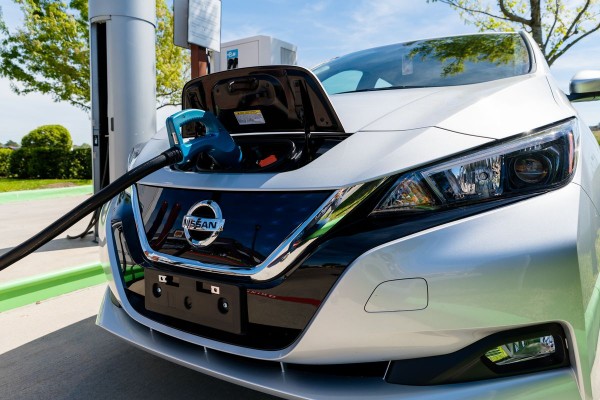 The need for charge

Dr. Strumberg said that if the country all used electric vehicles, it would consume more than 60 terawatt-hours of electricity a year which is around 35% of Australia's annual electricity consumption.

At the same time, if the REVS project will be put into motion, then these electric vehicles can contribute up to 25% of the national load if there were a million 7.7 kilowatt home chargers.

Adding public "fast chargers" and "ultra fast chargers", say along highways and in car parks, would increase this further.

"This trial will be important to prove the benefits of vehicle-to-grid technology, to see if [electric vehicles] can provide an energy security role and extra energy to the grid at times of peak demand," said Energy Minister Angus Taylor.

He added that the government's role is to support consumer choice for future fuel technologies and back new technologies through trials like this.

This contradicts Mr. Taylor's earlier stance when he said that it would "force Australians out of the cars they love into smaller, more expensive cars." The Coalition ridiculed Labor for pledging half of all new cars sold in Australia in 2030 would be electric.