It may have been more than a year since the release of Marvel's Spider-Man on the PS4. However, this console exclusive developed by Insomniac Games still has many passionate players that are keeping the community surrounding the game alive. 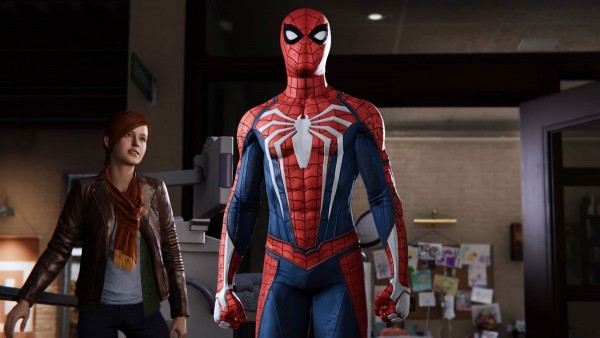 The game is almost two years old, and there isn't much replayability to be had once you play through the game completely. However, despite this age and lack of freshness, the quality of the game still manages to shine through. It isn't solely one of the greatest games of 2018, but it is one of this generation's best PS4 games.

The Details Make The Difference

The attention the developers had to detail was one of the best aspects of the Marvel's Spider-Man PS4 game. It ranges from the intricate recreation of New York City to the carefully created suits, which makes it's obvious there has been so much love, time, and effort put into the details.

The details that Insomniac Games put a lot of effort into will explain why some players have only discovered a traversal animation that they haven't seen when playing before.

On Reddit's PS4 subreddit, a Reddit user by the name of johnnyjohn22 posted a short video clip of gameplay that shows Spider-Man climbing a fire escape the top of a building.

Most people who played the game most likely haven't seen this unique animation that occurs since it's not difficult to complete the game without climbing to the top of a building via a fire escape.

If you're interested in playing the game, you should note that it is only available to play using the PlayStation 4. As of this article's writing, there is no announcement of a port of the game to PlayStation 5. However, Marvel's Spider-Man: Miles Morales for the PS5 was announced fairly recently.

Read More: [Intense Level Up] How To Turn The Last Of Us Part 2 Into An Even Scarier Survival Horror Game - Guide

What Is Marvel's Spider-Man For The PS4?

The Insomniac Games PS4 title Marvel's Spider-Man is one of the greatest superhero movies that you can't buy a ticket to see, but it is also among the best open-world games of the current generation.

Insomniac Games has shown off their talent and skill with this game as they have created an entirely original Spider-Man story with its own set of origin stories and a timeline. If you play the game from the beginning to the end, you'll most likely see that the game's expansive scope and the plethora of fan service will make even hardcore comic book fans satisfied.

Have you ever wondered how a game is played without any music? Here's a tweet with a YouTube video included that shows you how that experience would feel like:

Experience games in a different way.