At 56 years old, Charles Chiang, CEO and president of Taiwanese components manufacturer Micro-Star International (MSI) has died after falling from a building.

According to an article from FPS Review, an employee found multiple bruises and fractures and cerebral plasmosis spillover on Chiang's body. 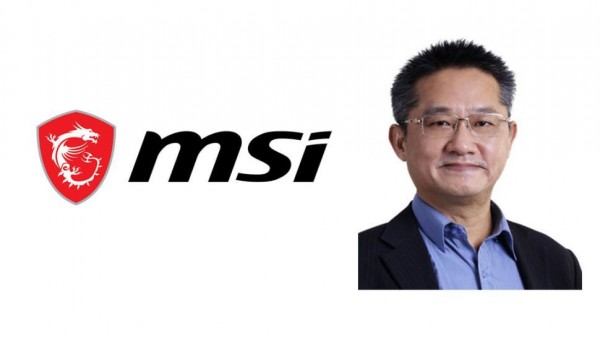 "The status of taking the drug and the reason for the suicide are still under investigation, but the family members have no objection to the cause of death and immediately handle the matter," added the article which was machine-translated from ETtoday.

The report also added that there were heart-related drugs in his office. CCTV footage showed that Chang walked alone to the 7th floor before the accident happened.

Taiwanese media reported that Chiang died after falling out of the 7th floor of a building. The CEO was found unconscious in the company's car park and was rushed to hospital where he was declared dead.

His death is still being investigated by the police. As of this writing, no statements have been made by either the police or his family.

What can be confirmed is that he was having family problems because of the relocation, but the 56-year-old CEO did not express any thoughts about dying or suicide.

Not much is noted about Chiang's life other than the fact he took his Master's Degree in National Chiao Tung University, and had previously served as an associate for Yangzhi Technology.

Founded in 1986, PC Gamer noted that he first joined in 1999 as Vice President of Engineering. In 2010 he became general manager of the company's Desktop Platform Business Division, before moving up to his latest position in January 2019.

Dr. Ian Cuttress, a writer for AnandTech elaborated in his article on how insightful and patient he was when listening to the ramblings of the industry and how he perceived the industry with his wisdom.

"I have had the pleasure of meeting with him quite frequently in my trips to Taiwan and Computex, as well as an extensive HQ tour when MSI's gaming brand was first starting - we discussed the upcoming emergence of virtual reality and how MSI wanted to create the world's first VR-ready notebook," wrote Cuttress.

"Having been a part of the company for more than 20 years, he made outstanding contributions and was admired by his colleagues," MSI's statement said as noted by Kotaku.au.

MSI has been a major sponsor in the esports space having signed deals with the likes of ESL and BlizzCon.

The press release further added that he was a respected leader in the company that helped paved the way for the success of the brand and will be missed by his team.