Japan is known for many things. Its delicious food, its entertaining anime culture, its rich history; the list goes on. But if there's one aspect that Japan has the world beat is its technological innovations.

Japan has come up with the wildest and yet the most practical inventions that mankind has ever seen. Just this month, for example, Japan has released the wearable airconditioner.

If you're familiar with Hatsune Miku, a teenage singer with long, turquoise twintails who is Japan's first and official moe anthropomorph, then you be prepared to meet Japan's first virtual male influencer, Liam Nikuro. 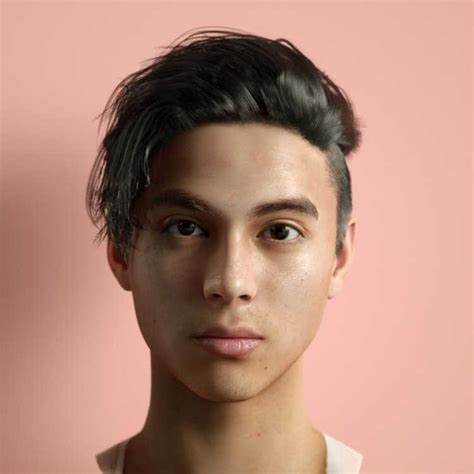 Developed by 1sec Inc., Liam is powered by computer processing and "3-D CG technology" that projects "virtual three-dimensional objects onto flat surfaces, creating images with a sense of depth," the company said, adding that use of this technology "is becoming increasingly common in media such as live-action and animated films as well as video games according to the article posted from WWD.

First debuted in April 2019, Liam Nikuro was created by superimposing an "all-CG head made with the use of 3-D tools on a body filmed in live-action," the company said.

His appearance was in the fate of 75 men and women who took a questionnaire both in the United States and Japan.

"With the visual favorability of Justin Bieber and members of BTS (Korean male hip hop group), the visuals have been enhanced to create a look that adds a little Asian aroma to the skeleton like Justin," as noted in the website's press release.

According to his creator Hirokuni Genie Miyaji, the half-American half-Japanese influencer is not meant to be another stereotype--but as a fresh new voice to help combat cyberbullying in Japan, as was published in an article in the South China Morning Post.

If you check out his Instagram page, he is just like any other influencer taking pictures of himself doing regular stuff.

He lives the life of a celebrity in Los Angeles, hanging out with stars like US singer Post Malone and joining Dutch DJ San Holo on tour. He is also planning on releasing some music tracks he has produced, but further details have yet to be released.

The next step for Miyaji would be to create a voice for this computer-generated virtual influencer saying that people have reached out to him and expressing how tough or how bad their day was.

"Our next step is to create a voice for him so he can communicate with real people online." But for now, a 1sec employee replies to the messages he gets.

Read Also: [Net Worth] How Much Money is Charli D'Amelio Making This 2020? She Shares a Few Tips