If you're familiar with the Sword Art Online franchise, then you must know that Sword Art Online: War of Underworld Part 2 will be the final chapter in Kirito's journey as the Black Swordsman in the 24-episode anime which will be airing tomorrow, July 11. 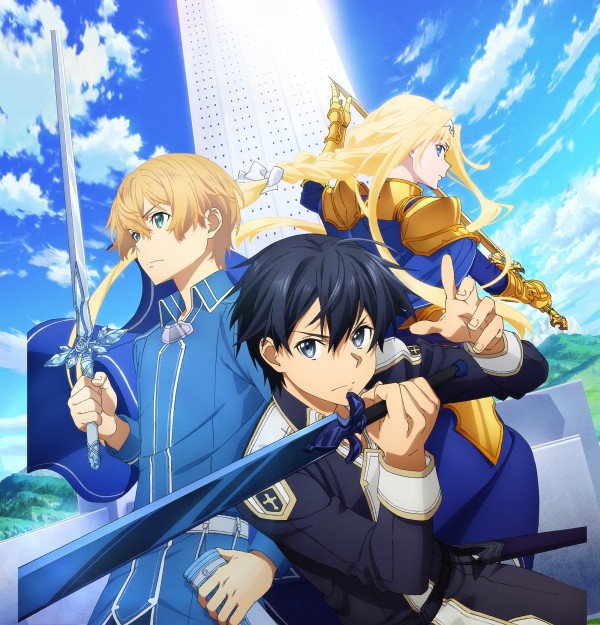 But for those who are following the game adaptation of the story, then players can now embark Kirito's final journey as Sword Art Online: Alicization Lycoris is finally out.

The development of Sword Art Online: Alicization Lycoris started around 4 years ago in 2016. The initial development phase was quite hard, as adapting Alicization into a game was quite difficult as noted by Dualshockers in their interview SAO author Reki Kawahara, SAO Editor Kazuma Miki, and SAO console games Producer Yousuke Futami.

The producer also added how this will be his final work before switching positions and that the baton must be passed to the next generation if they want to adapt Unital Ring, the latest and current arc of SAO in the light novel.

You can tune in to the launch livestream tomorrow at 3 pm. Check out the tweet below for more details.

Don't forget, tune in tomorrow at 3pm for the SWORD ART ONLINE Alicization Lycoris Launch Livestream! We'll have awesome prizes to give away while we discuss our upcoming game! #SAOAL Join us along with our guest @mizzimie only on https://t.co/WC66DDy0o7! pic.twitter.com/lIqqNabVHD — Bandai Namco US (@BandaiNamcoUS) July 9, 2020

For those who are lucky enough to get a copy before the rest, the game starts off with the fight against the Adminstrator that also shows you the basic controls on how you can manuever Kirito.

Progressing further in the game, you would need to know how to craft to improve your armor and weapons. There are two main methods of crafting in the game, manual and crafting requests as noted by Gamers Heroes.

Crafting Requests allow you to craft items higher than your current level by speaking with the appropriate NPC which is the same as crafting manually except it costs more and the weapon/armor stats are slightly weaker than manually crafting it.

But should you choose to craft requests, make sure to gather the appropriate materials and enough money. Then craft the item until you meet the requirements for the box to be checked. Once you craft the item again, you will have then learned the recipe.

You can also check Part 1 of the game here.

Read Also: 'Sword Art Online: Hollow Realization' : Get To Complete The Game In Under 30 To 40 Hours