The news website MacRumors.com, LLC that is dedicated to delivering reports and new information from the leading American technology and electronic device company Apple has stated that the Apple's latest phone release will only be having a RAM of 6GB. 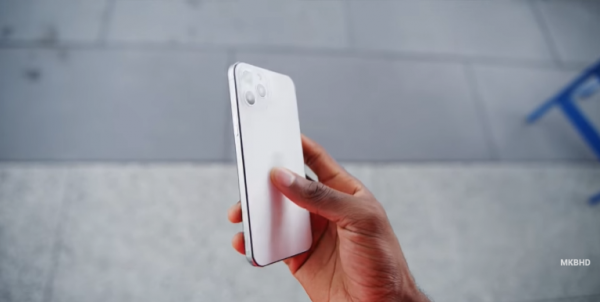 (Photo : Screenshot From Marques Brownlee Official YouTube Channel)
[Leak] The Upcoming Apple iPhone 12 Might Only Have 6GB of RAM, Why?

According to an article released just hours ago by Tim Hardwick from the leaker website mentioned above, Apple's Pro version of the iPhone 12 will only wield a total of 6GB as its RAM storage. At the later half of this year 2020, the technology company will be releasing a few iPhone devices with OLED screens.

One trusted leaker by the Twitter username @L0vetodream has revealed in a recent tweet that the iPhone 12 Pro will have 6GB and the regular iPhone 12 will be exhibiting 4GB.

An analyst from the financial services company Barclays by the name Blayne Curtis agrees with the information by the Twitter leaker and has stated that the Pro version of the iPhone 12 will be utilizing a 6GB RAM storage.

Its standard version, the iPhone 12, will be using a RAM storage of 4GB. In accordance with an article by MacRumors created last year, Curtis, together with his work colleagues, went to Asia to convene with the manufacturing companies that work together with Apple.

Through this meeting, Curtis's team can notify technology enthusiasts and people working in this industry of the features of the iPhone 12. The iPhone 12 and its other high-end versions (the Pro and the Pro Max) will have RAM storages of 4GB and 6GB.

What's up with the RAM?

The standard version of the Apple phone will be getting the 4GB RAM storage while the high-end renditions will be taking the 6GB. It will have the same RAM features as the iPhone 11 and its Pro and Pro Max version.

Apple's latest iPhone releases will also be featuring sensors that can face the back of the device and have the 3D subfeature embedded into it.

The iPhone 12 will also be using the 5G mobile network system, bunking up the performance levels of the iPhone. Powering this mobile network is the mmWave support feature.

Although it was stated that the latest Apple phone would be utilizing a 5G network, it is unclear if the higher-end versions will be using this feature. It is to be expected that the iPhone 12 and its higher-end models will be released in Apple's global markets in September this year.

Read Also: How to Start Your Photography Career: Check Out these Best Smartphones 2020