Toyota enthusiasts, get ready! If you're planning to invest in a new car, now would be the perfect time to save up as the new Toyota Corolla Cross will hit US shores very soon.

The new Corolla Cross, which is basically a fusion between the Yaris Cross and the Corolla (a.k.a. Corolla meets SUV), was first unveiled in Thailand this week. 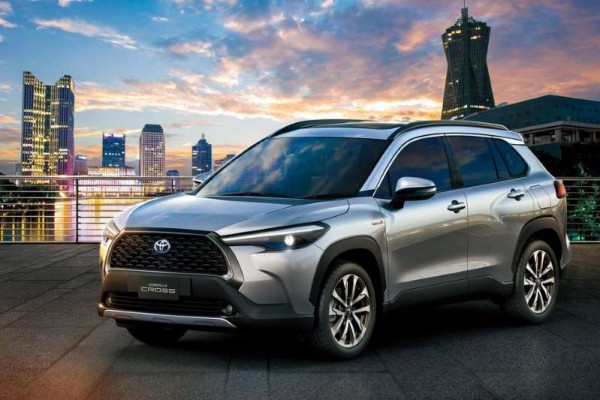 According to an article from Road Show, the body of this hybrid car is similar to the RAV4 with an upright appearance and a nearly identical greenhouse, as well as having thin taillights and a bumper covered in black cladding and a faux skid plate at the rear.

What makes these two slightly different would be the distinctive front end with angry headlights and a large, black-framed grille that reminds us of a pug's nose, albeit more flattering.

In Toyota's press release, it explained how this model was designed as a new type of SUV that combines dignified sturdiness in the exterior, and utility in a manner that exceeds customer expectations.

"The TNGA*1 platform (GA-C) has enabled the Corolla Cross to achieve high-quality performance, a comfortable ride, and outstanding quietness. In addition to its exceptional comfort, the Corolla Cross provides a spacious cabin, easy entry into and exit from the car, class-leading*2 luggage space suitable for all scenarios, and safety equipment inherited from the Corolla series." added the press release.

Daizo Kameyama, who is the Chief Engineer in charge of development, welcomed the vehicle into the Corolla family as he wished that the new car will be able to "assist customers in creating a new story by loading on their vehicle the people who are important to them, the luggage, and their dreams for the future."

You can check out the video below:

The Corolla Cross gets two engine options: a hybrid setup and a traditional gasoline mill. If you choose the hybrid option, it will feature a 1.8-liter powertrain with an electric motor that produces a total system output of 120hp as the power is sent to the front wheels via an electric CVT, as noted by TopGear.

As of this writing, this car is currently available in Thailand with other markets to follow shortly.