Hours after the Ubisoft Forward event ended and we still can't get over the awesome new gameplay that we saw from Assassin's Creed Valhalla and Watch Dogs: Legion.

What's more, we get to see Breaking Bad star Giancarlo Esposito as El Presidente in the new Far Cry 6 Reveal Trailer. Also, fans who tuned in to the live event would get a free copy of its predecessor Watch Dogs 2 that was released in 2016. 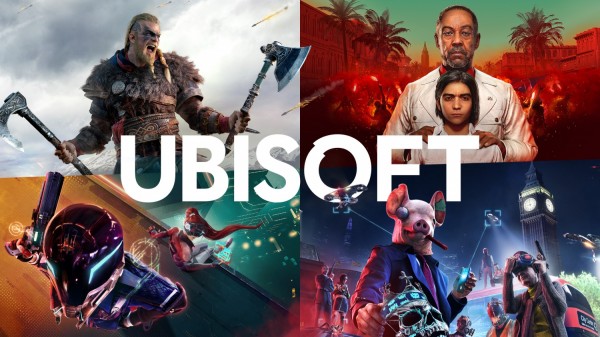 According to a report from CNET, Ubisoft said it'll be holding another event later this year to announce more games. So, without further ado, let's jump right in to see what was revealed during the Ubisoft Forward 2020.

Now, as many of you are aware, there were leaks that revealed the first 30 minutes of Assassin's Creed Valhalla gameplay and a lot of people were not happy about it. However, if you're considering to see the gameplay in HD, you are very welcome to play the video below.

With its scheduled release on November 17 on XBox, Playstation 4, and PC, Assassin's Creed Valhalla shows off a more expansive game than its predecessor Assassin's Creed Odyssey including new features that were never introduced in the previous games like its settlement system, including its Alliance Map, which shows the alliances you've made across Britain.

Another successful game franchise that Ubisoft has developed is none other than Watch Dogs. From Aiden Pearce to Marcus Halloway, Watch Dogs: Legion is a game that allows you to become anyone and everyone erasing the character-driven story.

CNN summarizes that the game begins after a full-scale terrorist attack in London that was said to be organized by DedSec. Being framed for it, the London branch of DedSec has been disbanded and the government hires a private security company called Albion to protect the good citizens of London. However, as we know, power can corrupt. Your mission should you choose to accept it: form your resistance and reclaim London.

As of this writing, no gameplay has been revealed. But here's what we do know from the trailer.

With a release date coming next year on February 18, you play revolutionary Dani Rojas--a character that can be played as a man or woman--in the sprawling capital of Esperanza, Yara where a revolution is underway to overthrow President Anto Castillo, a dictator who subdues anyone who attempts to block his plans to return the country to its former glory (played by none other than Giancarlo Esposito).

He talks about the character's past, and how he's trying to prove that he's a better leader than his father, the previous president in an article from Gamespot. Esposito reveals that his character was a former child soldier, who was "born with a silver spoon in his mouth" but was unable to ascend as a ruler until his father was unseated by revolutionaries.