Death Stranding, which was exclusive to Sony's PlayStation 4, has now been ported over to PCs by the developers Kojima Productions with the help of 505 Games. 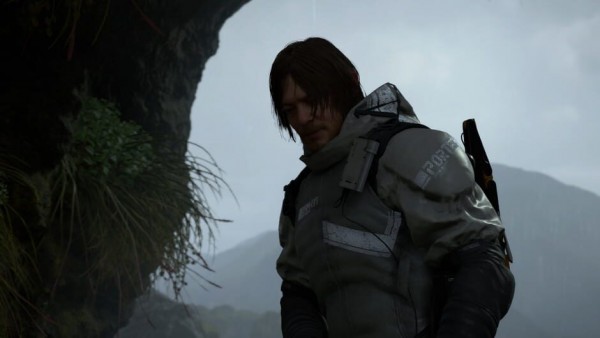 This port is an excellent one that is a must-buy if you haven't played the game before.

Death Stranding is known for the beautiful environments and visual effects along with industry-leading character rendering, which is all master-class. The game is a visual treat when you play it on PC. The PC port of Kojima Productions' game is delivered in a way they initially intended to create the game.

When the technical director at Kojima Productions, Akio Sakamoto, was asked in an interview with DigitalFoundry about what kind of scalability the port to PC would bring to the game, he answered with high framerate. The development team designed the game to be played in 60 frames per second, so they wanted to strive to reach the framerate they planned for initially.

If you're looking to reach more than 60 FPS, don't worry since the game isn't locked to that, and it can go higher than that depending on your system's specifications. If you play the game for yourself, then you'll see that the game will deliver more than enough, and it will exceed your expectations.

Read More: A Leaker May Have Confirmed The Release Date Of 'Resident Evil Village'

The Notable Features Of The Port

A surprise that you might run into when you open up the game is that the engine developed by Sony uses a graphics API created by Microsoft, which is DirectX 12/

According to Sakamoto, the PC version of the Decima Engine is used by the developers as a development tool. However, when it comes to graphics. They needed to develop the game so that it would use as much graphics processing power as DirectX 12 if they wanted it to run as well or better than the PS4. There wasn't much information on DirectX 12 when they were developing the PC port, which was the most challenging part.

Aside from the API they chose, another major aspect of the Death Stranding port's success is how they made the game work on the CPU architectures of modern times.

According to test results, when using a Core i5 8400, the game could run at more than 120 frames per second. The minimum specs recommended by Kojima Productions is a Core i5 3470 or a Ryzen 3 1200, which are both CPUs with four cores.

However, when it comes to graphics cards, Death Stranding has a higher minimum graphics card that they recommend. They suggested running the game with a GTX 1050 3GB or an RX 560 in a reviewer's guide for 30 FPS 720p gaming.

A vital thing to keep in mind is that a few old DirectX 12 graphics cards won't be able to run the game. DirectX 12 is required since its tiled resources feature is utilized by Death Stranding to improve GPU memory management.

Nvidia is impressed with how Death Stranding runs, and that led to the GPU maker to bundle the game with RTX GPUs, but that doesn't mean the game supports ray tracing. The game supports DLSS, though.

The port to PC of Kojima Productions' Death Stranding exceeds the limitations that the current generation of consoles has, making the game run amazingly on modern gaming PCs that have much better specifications.