The release date for Resident Evil Village on the PS5, Xbox Series X, and PC might have been revealed by a reliable industry insider who has leaked information before. 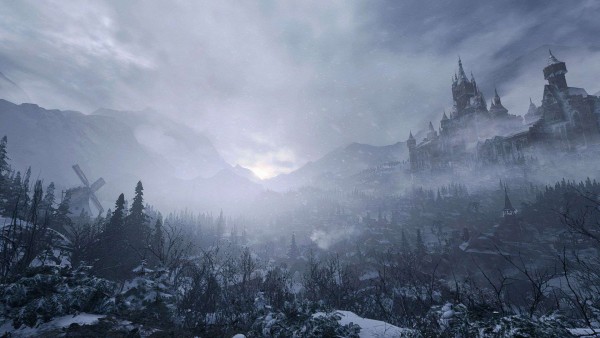 Capcom revealed the next installment in the popular survival-horror series Resident Evil last month during Sony's PlayStation event. However, Capcom didn't mention when this next mainline installment was going to be released. The only information provided was that it would be released in 2021, which is a large window of time that can't determine the precise release date.

When Is Resident Evil Village Coming Out?

Despite Capcom's vague release date information, it looks like the release date has been narrowed down to a smaller release window.

According to Dusk Golem, an industry insider and leaker, Capcom hasn't decided an exact release date for Resident Evil Village, which shows that they're not purposely trying to be vague by saying that it would be released in 2021. However, the industry insider has noted that the most likely release window is Q2 2021, which means that it could arrive between April and June next year.

What's interesting to note is what the leaker said about the date, which was that it would be four years in development when that time arrives. That's about the average time a modern AAA game takes to be developed.

Any information that has been allegedly leaked shouldn't be taken at face value since none of it was given out by any official sources. When it comes to video game development, things are subject to change a few times.

As of the writing of this article, Capcom hasn't given out any statements in response to the leak. A comment from Capcom is unlikely to be given.

Read More: Xbox Series X Event: All The Games You Can Expect To See

What Is Resident Evil Village About?

Here is what an official pitch of the upcoming game states:

Resident Evil Village's first-person horrific action will begin when the player assumes the role of a shattered and distraught Ethan. Ethan is on a mission to uncover the mysteries behind the horrors plaguing a village that used to be a peaceful one.

The player will have to fight for each breath they take as they are hunted down by terrifying new enemies that have taken over the snowed-in village.

Resident Evil Village will take advantage of the next-generation consoles' new capabilities that will let the game have realistic details and give the player a neverending feeling of fear that will increase every time the player fights for their survival.

When the player encounters a moment without any action, they'll be paranoid and wonder when the next horrifying events will occur.

Officially, Resident Evil Village has been claimed to released around the world in 2021 for the PlayStation 5, Xbox Series X, and PC. This upcoming installment in the Resident Evil series hasn't yet been confirmed to be released on any other platform.

Read More: Will 'Grand Theft Auto 6' Have a World That Evolves Like How The World in 'Red Dead Redemption 2' Did?