Cheaters in Call of Duty: Warzone have Infinity Ward banning them left and right, which is making the game's players happy. 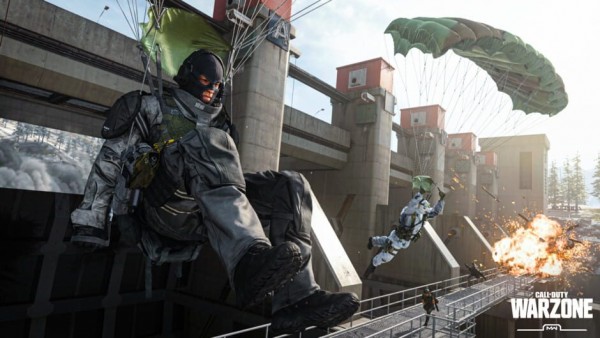 But that doesn't mean that every cheater is getting banned, including one cheater that's using an aimbot to kill players parachuting down from the sky.

The two of them start spectating the other player, and then they quickly realize that the player is using an aimbot, while they have a Kar98 rifle with the Damascus skin that many people have wanted.

Despite being unfairly killed by a hacker, Tim didn't instantly leave the game enraged by the hacker. He decided to stay in the game as a spectator and watched the cheater play after he died. After a while, they realized that the cheater was watching the streamer's stream.

Tim mentioned that he was blatantly cheating and watching his stream, and he asked the cheater to put on a show for him and his teammate, which would help record more evidence of his unfair cheating. The cheater, fortunately, obliged by aiming at people he couldn't even see. They were also shooting parachuting players straight out of the sky, which Tim thought would be impossible even with an aimbot.

The Impromptu Interview With The Cheater

In the rest of the video, what happens is a bizarre adventure. Tim and Cloakzy decide to keep asking the cheater questions that can only be answered with yes or no since they aren't directly talking to the cheater. With the questions they decided to ask the cheater, we can determine a few things.

The cheater seems to be indifferent on whether he gets banned or not, which seems to make sense, right? But not when you consider that he mentions that he's been playing for a year or more.

The Damascus they have isn't something they are worried about losing either, which the cheater said they earned on their own instead of buying it. If you don't know about the Damascus skin, it takes hundreds of hours to get since you'll need to earn the Platinum camo of each game's weapons. In conclusion, the Damascus skin is an extremely time-consuming skin to get.

Before the video ends, the cheater decides to talk to Tim and Cloakzy for a quick moment. They claim that they have been cheating for six months, which was before Warzone was released. This length of time means that they started cheating in Modern Warfare's traditional multiplayer.

Even if Infinity Ward is catching cheaters and reducing their numbers, it looks like cheaters are still on the loose and getting through the cracks. Well, at least for the time being.