The newest Tesla Model Y has had its price cut by $3,000, which has happened only four months after deliveries were started for the car. 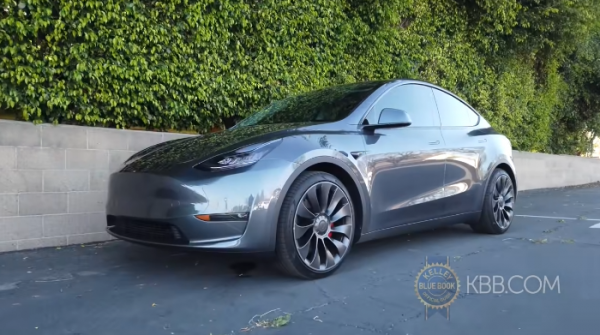 But is there a reason behind the price cut? Please keep reading to find out why they cut the price.

It seems like the reason behind it is because the new version of the Model Y that Tesla was planning is now cancelled.

On July 12, the CEO of Tesla Elon Musk has said that the company was cancelling their plans of producing a version of the crossover SUV that wasn't as expensive but with standard range.

The expected range of the standard-range version of under 250 miles was unacceptably low according to a tweet from Elon Musk.

The least expensive Model Y is the long-range all-wheel-drive model, which costs $49,990 on the official Tesla website. The planned, but now scrapped, standard-range version was going to start at $39,000.

Is Demand For Tesla's Vehicles Falling?

These decisions involving the Model Y shows that the demand for Tesla's vehicles is dwindling in the company's home country of the United States of America, according to the CEO of the investment research firm known as Bond Angle, Vicki Bryan.

According to the estimates from Bond Angle, there has been around half of the demand has dropped for the Tesla Model 3 in the United States in this fiscal year's second quarter. The company hasn't seen high demand for the Model Y since its launch even if auto critics gave it positive reviews.

Tesla operates a production plant in Shanghai, which lets them sell Model 3s in China for the first time. It helped their numbers in the second quarter quite a bit. Tesla delivered over 90,000 vehicles in their second quarter, which beat what most analysts estimated. However, it isn't easy to get a precise gauge of the Model Y's success since Tesla combines the numbers for the Model 3 and Model Y in their end-of-quarter reports.

Tesla has never given out the exact amount of pre-orders that the Model Y had, but Musk and his company have discussed the pre-orders for their other vehicles before, which includes the Model 3 and Cybertruck.

Vicki Bryan from Bond Angle stated regarding the decisions of Tesla with the Model Y that her concerns that there was no profit to be had from the Model Y were right. Even after they cancel the standard-range version of the Model Y, they still need to encourage demand by lowering the price.