For players who are familiar with the Capcom-developed game Dragon's Dogma, they'll be pleased to know that an anime adaptation is on its way two months from now. 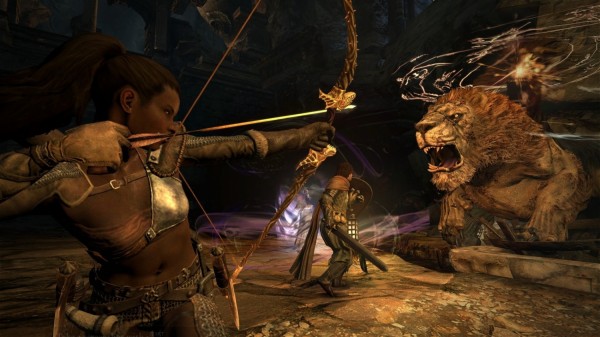 In a report from IGN, Netflix's original anime adaptation will be released on September 17 which was indicated in the tweet as you can see below.

The streaming giant announced this last year and is partnering up with Anima, Sublimation, and David Production to produce the series.

The first screenshots of the anime have already been released from the game's Twitter account which you can check out below:

Here is an overview of the anime series according to Netflix Japan:

"The Dragon that suddenly appeared after over 100 years burned the village of Cassardis to ashes. Ethan confronted the Dragon to protect his beloved family, but the Dragon took his heart. Although he appeared to have died, Ethan was resurrected as an "Arisen." Alongside Hannah, a Pawn under Ethan's command who suddenly appeared, he sets out on a journey to recover his heart.

During his journey, Ethan will battle demons that represent the seven deadly sins, but has no way of knowing that with every demon he battles, the more he loses his humanity...

Gematsu noted that the anime is directed by Shinya Sugai, executive produced by Netflix's Taiki Sakurai, co-produced by Capcom's Hiroyuki Kobayashi and Takashi Kitahara, and written by Kurasumi Sunayama, with character design by Iku Nishimura.

Comicbook.com noted how this anime will showcase CGI animation and how Sublimation, the studio that will animate the series, is looking forward to this.

"We have oftentimes worked with partner studios to create partial CGI portions within a given title, so we feel very fortunate to work with Netflix through this production line deal. We're excited to bring our unique cel shaded animation that carries hand-drawn textures to anime fans around the world," said Representative Director Atsushi Koishikawa.

For those who don't know what Dragon's Dogma is, it is an action role-playing hack-and-slash video game for PlayStation 3 and Xbox 360 in 2012.

The game is set in the fantasy world of Gransys where the player takes control of the human protagonist dubbed the Arisen on a quest to defeat the dragon Grigori--a being said to herald the world's end--while uncovering a deeper conspiracy along the way.

Similar to other fantasy games, players will be exploring the vast world of Gransys while completing quests and fighting monsters in real-time combat.