Our solar system has eight planets moving around it, and none of them will be colliding with one another in a long time, which is a good thing for everyone on Earth. But do other solar systems have planets that are at risk of colliding with each other? 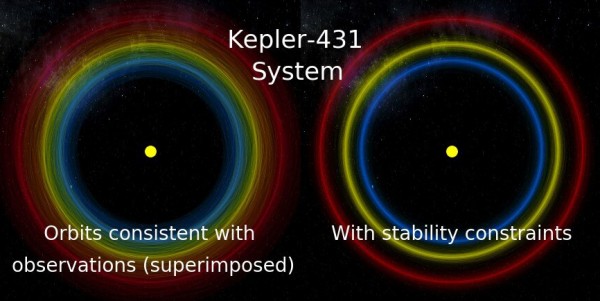 That is what this new artificial intelligence was created to determine.

Princeton researchers have designed a new AI that can analyze the data in record speed to find out if the orbits of planets are stable and which ones will end with disaster. This will be a great help to astronomers since it will help them pin down the orbits of planets in solar systems they can't observe in enough detail.

The technology we have for exoplanet detection right now isn't sufficient enough to give orbital information at perfect accuracy. Still, if we analyze what we already know and go through the different options, we could get a general idea of the mechanics.

However, many orbits can be analyzed, and going through billions of them will take a long time, even with the most powerful supercomputers.

The problem mentioned above is why a NASA Hubble Fellowship Program Sagan Fellow in astrophysical sciences, Daniel Tamayo, developed an algorithm that can be an alternative to the brute force computing currently used by researchers.

It takes a lot of a computer's resources to separate potentially stable orbits from the unstable ones even with how powerful modern supercomputers are since there are billions of orbits to go through and analyze.

Tamayo's SPOCK system, where SPOCK stands for Stability of Planetary Orbital Configurations Klassifier, makes the process simpler by combining machine learning techniques with a compressed model of planetary interactions. The process lets SPOCK find out which orbits are the most unstable, and it gives thousands of plausible orbits in a few milliseconds rather than in many hours.

The SPOCK algorithm divides the systems into the ones that will fly apart or smash together in the relatively near future from those that will stay stable. Near future, in this case, means within a couple of million years. Considering how long a solar system lasts, astronomers probably won't witness any of the results of these unstable orbits.

The artificial intelligence begins its process by simulating ten thousand orbits, and it creates ten summaries of the simulations' data, and it captures the resonant dynamics of the system. The algorithm then creates predictions based on the data on whether these orbits will remain as stable after a billion orbits. This process is more than a hundred thousand times quicker than how it's regularly done.

SPOCK can rule out orbits that will end in catastrophe even if it can't tell you what an alien solar system looks like. It can help astronomers narrow which distant exoplanets to study, and we will be able to get more accurate data on exoplanet orbits in the future. However, that's in the future, so we have to rely on the AI for now.