On July 15, Nissan held a global premiere in Yokohama, Japan. They unveiled a new electric crossover vehicle called Ariya, which is their first fresh model in a long time. 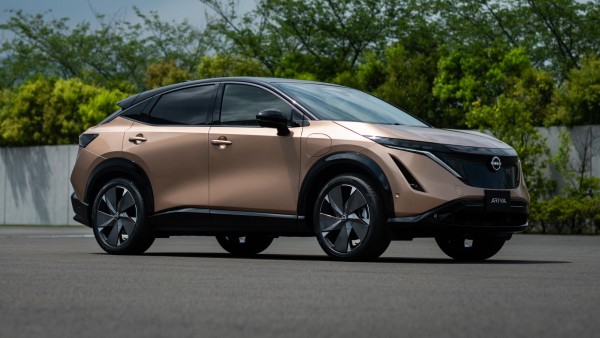 They announced this during a digital event and the CEO claimed that the new car would mark the start of a new chapter to Nissan's story.

The Nissan Ariya is Coming Soon

The CEO of Nissan Makoto Uchida stated that the Ariya is a symbol that shows that the company is restarting with a clean slate in its business and culture and its products. He claimed that to feel it, you'd need to drive it.

Nissan's upcoming Ariya will go on sale in Japan by the middle of 2021. While in the rest of the world, the Ariya will release before 2021 is over.

The cost of the Ariya is around $46,000, and it is meant to be a competitor to Tesla's Model Y. The Ariya will be qualified for about $7,500 federal tax credit in the United States.

Something great about the Ariya is that it will have integrated autonomous driving, which means it will park on its own and brake when it's about to collide with something. It can also connect to the internet and offer services that a concierge might have. There are also features that you would typically find in electric cars like a roomy interior and speedy acceleration.

This electric crossover is a mixture of a regular car's comfort level with the muscle drive of a sport-utility vehicle, and it is a category of cars that are still selling even when the global coronavirus pandemic is crushing the demand for vehicles worldwide. Crossover vehicles make up almost half of recent auto purchases in the United States.

Is the Ariya Good Enough to Succeed?

An auto analyst from SBI Securities, Koji Endo, has stated that the most critical test is coming since buyers hope to see a few features. These features include driving performance, resale value, and how accessible charging the vehicle will be to do.

The Ariya is Nissan's opportunity to repair the tarnished brand image they have, according to Endo. He knows that Tesla fans are loyal to Tesla, which means the Ariya won't lure them. However, new buyers might be attracted to the Ariya.

People's expectations for Nissan with the Ariya is at a significant high. Endo noted that if they mess this up, they'll be in a lot of trouble. The COO of Nissan, Ashwani Gupta, has called the Ariya a catalyst for change.

Electric vehicle owners are starting to see charging their car as an everyday task, so the vehicle range isn't something that is a concern much anymore. The driving range on a fully charged Ariya ranges from about 267 miles to 379 miles. But it all depends on the battery type and whether the model is a two-wheel or four-wheel drive.

Adopting the use of electric vehicles is a practice that more people are attracted to since global warming is become more of a visible issue that people face, along with the environment and sustainability. So hopefully, the Ariya can help Nissan start anew with its new chapter.