On July 14, Burger King announced that their operations would shift to have cows, from which their beef burgers come, burp and fart less to help reduce methane gas in the atmosphere and slow down climate change. But how can they make it so that the cows excrete less gas? Here's the what and why of it all. 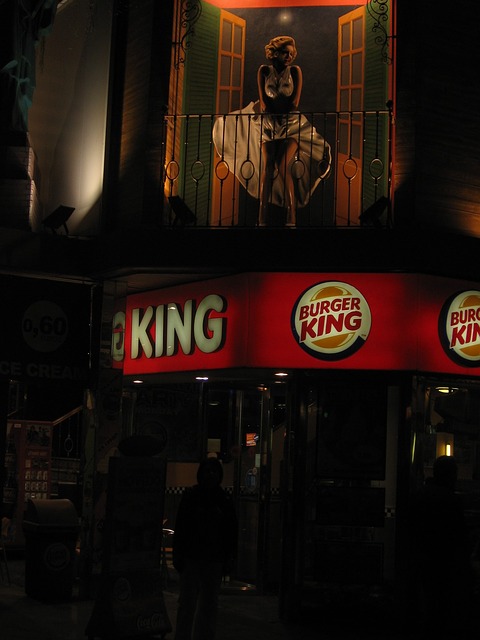 Burger King is the second most popular fast-food burger chain around the world. They stated that they had added a hundred grams of lemongrass leaves into the prescribed diet of its cows during the last four months of the animals' lives which helps them release less methane, a greenhouse gas, into the Earth's atmosphere.

The new prescribed diet will reduce about a third of methane emissions put out every day on average. This diet is what the cows have months before they get converted into the burger chain's many beef patties.

According to Fernando Machado, the global chief marketing officer of Restaurant Brands International, what Burger King is doing regarding this real problem is an open-source approach. They are hoping that the entire industry, which includes farmers, meat suppliers, and other brands to join Burger King in increasing the scale and reducing the methane emissions from cows to fight climate change together.

the best kind of change is the kind everyone can be part of. that's why we're making our #CowsMenu open-sourced, so farmers, beef suppliers and other brands can leverage this work. check how industry experts are teaming up to help make this idea a reality: https://t.co/kPCXpjfbGL pic.twitter.com/WzTZA0PVsc — Burger King (@BurgerKing) July 15, 2020

The new diet that the cows are being fed was designed by Burger King together with scientists from California and Mexico. Their goal when creating this new diet was to address beef's impact on the environment.

Cow Burps and Farts Are Hurting The Earth

The Food and Agriculture Organization of the United Nations states that livestock accounts for almost 15% of all greenhouse gasses emissions, and almost half of those emissions come in the form of methane.

Methane is a gas without color or odor, and it traps the sun's heat inside our atmosphere. According to the United States Environmental Protection Agency, the methane being trapped leads to the planet's temperature to rise more efficiently than carbon dioxide would, even if methane remains in the air for less time than carbon dioxide.

Experts from the agency state that methane's impact on heating the planet is 25 times hotter than how much carbon dioxide would impact the planet over 100 years.

NASA stated that when cows burp, they release more methane than if they fart. A burp of methane results from sugars converting into more basic molecules to be absorbed quicker into the circulatory system.

If you want to try one of the Whoppers that comes from cows that have reduced methane emissions, then visit select Burger King locations in Los Angeles, Miami, New York, Austin, Texas, and Portland, Oregon.