After the fans' disappointment from The Last of Us Part II, they plan to make it up with the next Playstation-exclusive, Ghost of Tsushima.

With the game about to be released just a few hours from now, players can't wait any longer to dive into this brand new open-world game that is absolutely breathtaking.

But before you do embark on your journey as a broken samurai to become 'The Ghost' of legend, here are some tips you can read from GamesRadar to help you make your gameplay experience easier and more fulfilling:

Read Also: How To Easily Kill A Bloater In The Last Of Us Without Getting Damaged 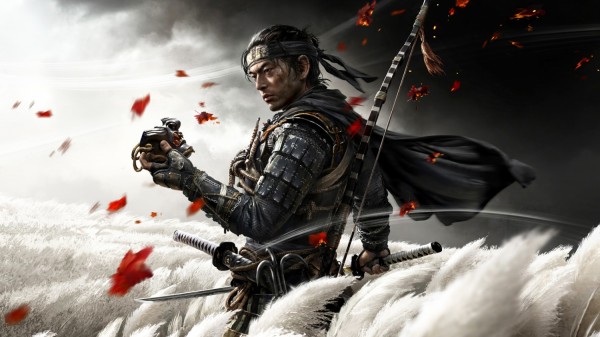 Because everything in The Ghost of Tsushima is so fast-paced, sometimes the buildup you are preparing for especially when you try to parry is destroyed. It's completely understandable.

Gamers, in general, have that same problem the first time--anticipating the precise moment to parry the enemy's attack. Simply hold the block button on L1 and release it quickly to then tap L1 for a parry. You're not going to get it right the first time, but keep practicing until you eventually get the hang of it.

Like any other open-world or RPG, you might be tempted to wander around as you're not really in a hurry to finish the game. But there are just some instances wherein you need those certain set of skills and abilities to go from Point A to Point B or to complete those tasks.

For instance, the first 2 main missions will involve Jin finally learning how to assassinate his opponent instead of confronting them head-on and acquiring the bow. There's always plenty of time to get lost in Tsushima and write haikus or visit shrines.

Long-range weapons are by far, the most annoying in this game- especially when your enemy is firing from a fair distance. So, once you have your bow at the ready- take them out before they manage to deplete your health into nothing if not dodged properly.

If you've played The Last of Us, then you will know the value and importance of scavenging for parts and ammo. Tsushima is a very big and open world which means there are fresh supplies ripe for the taking if you know where to look.

Don't just search for them from corpses of your fallen foes, but look around you from enemy tents to the forest and you may be able to find artifacts and records that may teach you a thing or two about the Mongols and the land of Tsushima in general.

You can see Part 1 of the gameplay here.