If you're hoping to do some light novel reading this week, then don't get your hopes up that much as a number of titles have been delisted on Amazon Kindle.

According to a report, the titles were delisted without providing the publishers any explanation or reason as to why certain titles were subjected to this removal. 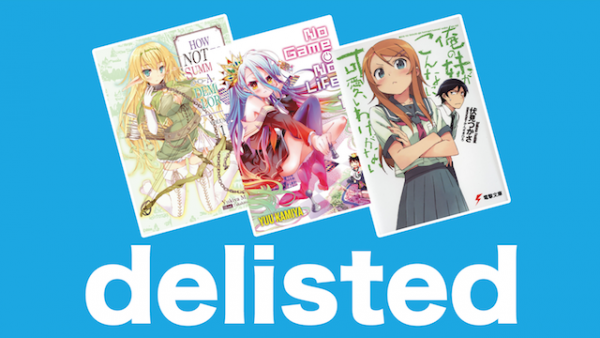 This move has prompted a response by the books' respective publishers expressing their confusion and disappointment in these sudden and unexplained actions.

But this wasn't the first time that Amazon has removed anime-related merchandise from their market as they have also removed various, non-sexualized anime figures from various storefronts, asserting that these items "promote child exploitation" in March.

J-Novel Club president Sam Pinansky told Anime News Network that the company attempted to get in touch with Amazon Kindle support after the delisting of some of its titles in early May and June, beginning with two volumes of How NOT to Summon a Demon Lord in early May.

The president stated that he received no detailed reason from Amazon regarding the delistings despite sending multiple inquiries with Amazon only saying that it reserved the right to determine what was considered appropriate on its platform.

"This is due to the Kindle Content Review black box beginning to rely more heavily on automated systems to detect problematic content ... due to COVID-19, so my suspicion is they sped up the process and cut out a significant amount of human checking relying on some auto-recognition system," said Piansky in a statement.

Yen Press in their tweet gave details on what users can do if they have bought the books.

Sadly, we have confirmed with Amazon that they have opted to remove our No Game No Life titles from their platform. Happily, there are other retailers, both physical and digital, that are thrilled to help you support for these titles in the form of cash exchanged for goods! pic.twitter.com/xDbXGFvyBs — Yen Press (@yenpress) July 14, 2020

Update: As of a few hours ago, Grimgar of Fantasy and Ash Volume 1, and Infinite Stratos Volume 3 have been blocked from sale by Amazon (they at least emailed us about it this time). Note, Grimgar Volume 1 was one of the very first ebooks we published more than 3.5 years ago. — J-Novel Club (@jnovelclub) July 14, 2020

Here are the titles that have been banned from Amazon: