KFC. A world-renowned fast-food chain selling Colonel Sanders' famous fried chicken. Today's food continues to elevate itself in more ways than one. And the move by KFC is no surprise as the company is attempting to manufacture chicken nuggets using a 3D bioprinter.

According to a report from Business Insider, the fast-food chain announced on July 16 that it would begin its testing this fall in Russia together with 3D Bioprinting Solutions to create a chicken nugget that will mimic the taste and appearance of its original nuggets at a fraction of the environmental cost.

All3DP defines bioprinting as an additive manufacturing process where biomaterials such as cells and growth factors are combined to create tissue-like structures that imitate natural tissues. The technology uses a material known as bioink to create these structures in a layer-by-layer manner. 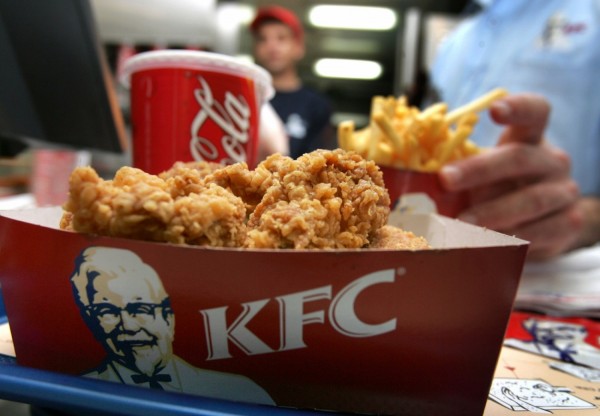 "Crafted meat products are the next step in the development of our 'restaurant of the future' concept. Our experiment in testing 3D bioprinting technology to create chicken products can also help address several looming global problems," said the CEO of KFC Russia Raisa Polyakova.

The CEO of KFC Russia and Commonwealth Independent States expressed her gladness in contributing to its development to the economy not only in Russia, but maybe around the world.

Yusef Khesuani, who serves as the co-founder and managing partner at 3D Bioprinting Solutions, is hoping that the venture will jumpstart research towards lab-developed meat which will be commercially available.

Memphis Meats, a cell-based meat startup, raised $161 million in its latest funding round, and major investors include CPT Capital, a venture fund that has also backed Impossible Foods and Beyond Meat.

Partnering up with Beyond Meats, a Los Angeles-based producer of plant-based meat substitutes founded in 2009 by Ethan Brown, KFC has already begun its innovations to mimic the taste of fried chicken in its nuggets without using the animal itself. You can check out the tweet below.

SoCal, meet Beyond Fried Chicken. We teamed up with our friends at @kfc to bring a sneak peek of our delicious plant-based chicken to our hometown.

In the press release from KFC Global, there are numerous advantages to bioprinting with the first being that the lab-developed meats have exactly the same microelements as the original product without the additives that are used in farming making it a chemical-free product.

Environmentally, it is more ethical in preserving the chicken's life since the number of chickens consumed will gradually decrease over time.

A study from the American Environmental Science & Technology Journal noted that energy consumption to will be cut by more than half, while greenhouse gas emissions to be reduced 25 fold and 100 times less land to be used than traditional farm-based meat production.

Read Also: [SPECS in Detail] Joke or Real? KFC Console Reportedly Can Store Games More Than Double of What PS5 or Xbox Offer