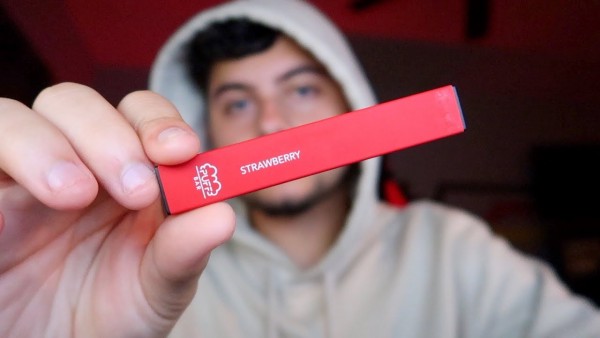 This agency does this to close a loophole after they shot down the e-cigarette market leader Juul Labs Inc. in early January 2020.

Does This Ban Mean Goodbye to Puff Bar?

The e-cigarettes from Puff Bar closely resemble the devices that Juul has had. The different flavors they offer range from Watermelon to Blueberry Ice and many other flavors that health officials seem to be appealing to underage users. However, people that buy Puff Bars can't refill them, which means the flavor restrictions won't apply to those e-cigarettes.

The makers of Puff Bar, Cool Clouds Distribution Inc., has voluntarily halted their sales in the United States after they've been called out by anti-tobacco groups and lawmakers to get their products banned. This company hasn't responded to any requests for comment on the matter.

The FDA has already banned fruit and mint flavors in refillable e-cigarettes so that underage vaping would fall. Juul is the company that has been blamed for being the top contender in contributing to teenage vaping's rising popularity. It decided voluntarily to stop its sales of sweet-flavored refill pods last year to anticipate the flavor restrictions that the FDA would have.

Several single-use brands of e-cigarettes like Puff Bar have had their designs feature a shape similar to a USB drive. The shape is reminiscent of how Juul's e-cigarettes are sleekly designed. Tobacco control advocates and industry insiders have warned that this shape will make it easier for teenagers to switch over from Juul to these other brands.

Additionally, the FDA has also issued multiple warning letters to other disposable e-cigarette brands like Mylé and HQD for marketing their products without authorization from the agency. Doing that is against the law.

The flavor restrictions that the FDA put on e-cigarettes seemed to compromise between Trump's administration officials who wanted to stop teenage vaping from growing any further and the people who are concerned over how small businesses would be affected and the possible political fallout for the President.

A few lawmakers and anti-tobacco groups have criticized the compromise. They stated that the agency should stick with the initial plan of taking all flavored vaping products off the market, aside from the tobacco-flavored ones.

The FDA claimed that companies that targeted minors would be penalized. If an e-cigarette maker tried using marketing that appealed to minors or didn't attempt to restrict minors from accessing their products, they would receive penalties.

The @US_FDA has finally seen some light and notified companies, including @officialpuffbar, to stop selling flavored e-cigarettes that are targeted toward children & have not received the required premarket authorization. https://t.co/1RfqSmZjxH — Mark DeSaulnier (@RepDeSaulnier) July 21, 2020