With the coronavirus epidemic still at large and a vaccine nowhere to be found yet, travellers will have to put their vacation plans on hold for now as the world attempts to slowly heal and bounce itself back.

As people are trying to get creative at home making TikToks or vlogs about their quarantine life, setting up online businesses for them to try and survive, learn a new skill or hobby, there are others who use this time to catch up on their favorite series after putting on hold for so long or de-plug themselves from the Internet and read their favorite books. 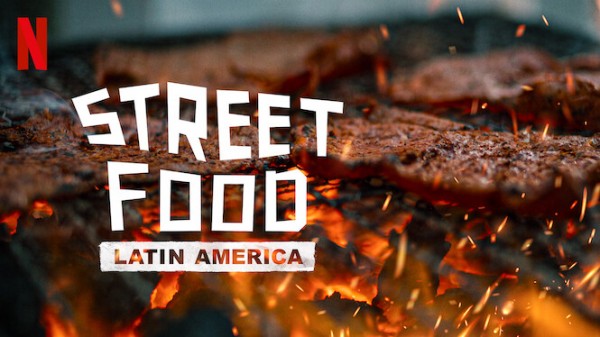 If you feel like travelling the world through your eyes and ears, then let me take you on a culinary journey to Latin America in Netflix's new series, Street Food: Latin America.

From the creators of Chef's Table, Street Food: Latin America sheds light on chefs scattered around South America as they tell their stories and bring a taste of tradition and innovation to their delicious offerings. Check out the tweet to find out which countries you will be exploring.

Just from the opening shot itself, you'll instantly feel hooked as it shows how the famous tortilla is made in Buenos Aires, Argentina. The tortilla includes ingredients like fried potatoes drenched in cheese, topped with ham slices, and slid into the oven before being cut into generous slices.

"In Argentina, we like cheese a lot," a female's voice is heard declaring as the first episode touches on the most important part of this location's culture: the influences, the football, and mostly, the food which was noted by Decider.

Everyone and everything has a story to tell especially from Pato Rodriguez who is the owner of Las Chicas de las Tres in the Central Market famous for their stuffed tortillas. The series explains how several dishes, recipes, and how businesses have evolved.

As you delve further into the show, you will also get the chance to hear and possibly even imagine the taste of Dona Vale's memelas (fried or toasted cakes made of masa topped with different fresh ingredients eaten as snacks in Mexico), Nikkei's ceviche (fresh raw fish cured in fresh citrus juices, most commonly lemon or lime, and spiced with ají, chili peppers or other seasonings including chopped onions, salt, and coriander), Luz Dary, and Dona Emi, among others.

In a review from UPROXX, Zach Johnston says that each story is truly engaging and educational while also makes you salivate for all of the food, wishing you could go out there yourself. He adds that it's extremely challenging to find the right balance while respecting communities and cultures that produce the food without ever getting tedious.

Read Also: John Reike From Tiger King Has Some Revelations About Working With Joe Exotic