Investing in a vehicle is a decision that should not be taken lightly as there a number of factors you have to consider such as the price, its horsepower, the brand, the interior features you're looking for and many others.

It's the same case with an electric vehicle as you don't only consider the price, but also its mileage as well. There are a number of affordable electric vehicles out in the market today from a Tesla to a Toyota. 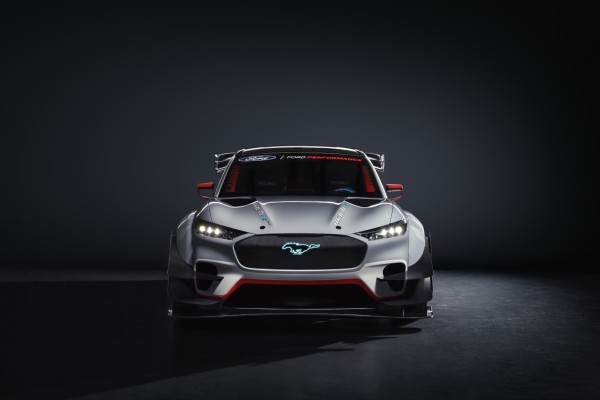 But if you're looking for an electric vehicle that prioritizes speed, then look no further than Ford's electric Mustang that has a whopping 1,400 HP thanks to its seven electric motors.

In an article from Piston Heads, three motors from the Mach-E 1400 are attached to the front differential and four attached to the rear one in a 'pancake style' arrangement, with a single driveshaft linking them to the aforementioned diff which does not only allow the vehicle to perform at its peak, but it also allows for a wide range of driveline adjustability.

You can watch the video below.

Read Also: Ford Upgrades Old Excursion SUV Model as It Readies Release of 2021 Edition That Could Cost up to $85,000

As you can see, the Mach-E 1400 can be set for racing, drifting and even spinning on the spot, highlighting the capabilities of its hardware while the 56.8-kilowatt-hour battery-powered one-off needs some spanner work to achieve its full potential.

Ford tells Piston Heads that the Mach-E 1400 can drive up to 160mph, at which point the modified 1400's bodywork is said to generate 1,043kg of downforce.

The car uses an electronic booster to enable regenerative braking, the resistance of which is balanced with the ABS and stability control systems. The brakes themselves are Brembos, shared with the Mustang GT4 machine, and there's a hydraulic handbrake system that auto-cuts power to the rear-axle motors.

Mark Rushbrook, who serves as the motorsports director of Ford Performance explained that the challenge in making the vehicle was controlling the extreme levels of power from the seven motors.

The Mustang Mach-E 1400, will soon make its debut at a NASCAR race soon. The hood is made of organic composite fibres, a lightweight alternative to the carbon fibre that comprises the rest of the vehicle.

"Now is the perfect time to leverage electric technology, learn from it, and apply it to our portfolio," said the vehicle's chief programme engineer Ron Heiser in their press release adding that although the vehicle is going to be fun to drive, the driver of the vehicle may have a totally different reacton thanks to the efforts of Ford Performance and RTR.

And this reaction is valid coming from the RTR Vehicles founder and hooning specialist Vaugh Gittin Jr. who said that driving the test vehicle has changed his perspective on the possibilities of power and torque adding that his experience was like magnetic roller coaster as noted in an article from Forbes.

Read Also: Is Ford's 2020 Ecoboost Mustang Really Worth the Value?