The Ford Ecoboost Mustang 2020 has been out in the market for quite some time. But as technology continues to innovate itself, better, newer and less inexpensive models have joined the competition for attracting customers.

It may sound cheap, but it's actually expensive once you spec the necessary equipment that requires the High-Performance package. 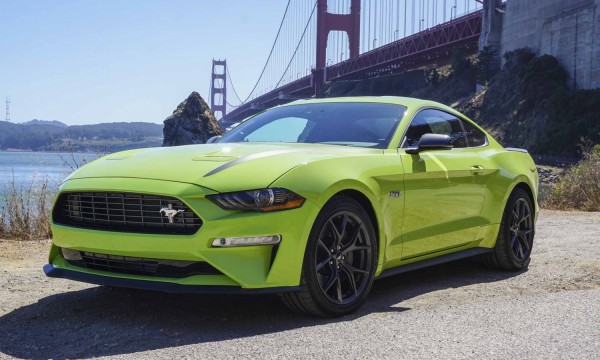 For those who need a recap of some of the key features of the 2020 Ford Ecoboost Mustang, you can check out the details below:

After performing a road test, he notes that the car is a little too loud, brash, and commanding. Especially when it's upgraded to the High-Performance package saying that the poddling speeds are not as sonorous.  He compares its Sport+ mode to one of those infernal slammed Civics with the requisite fart can exhaust regarding the sound it makes. And if you quiet it down with Normal, it sounds like a wimpy Accord.

How About a Chevy?

If you think about it, the Chevrolet and the Mustang share almost the same look. According to Driver.ca, he gave higher points to Camaro's styling over Mustang's. But up to that extent only as the Chevy only has a 2.0L engine that has 275 horsepower and 295 lb.-ft. of torque.

However, he pointed out that the 1LE package on the four-cylinder Camaro at least gets Brembo brakes, better suspension bits, and stickier 20-inch rubber and it's cheaper too by $10000 compared to the fully optioned 2.3L Mustang.

Read Also: It Looks Like the 2021 Mercedes-AMG GT Black Series Will Be the Most Powerful AMG V8 So Far

The Dodge Challenger is by far the most elegant car to look at, at least according to the writer of Driver.ca.

Driver.ca notes that the acceleration of the vehicle is unworldly especially on the Dodge Challenger Hellcat. However, by the time you get down to the base V6 versions, there's none of the hellfire of the supercharged V8 and all that you're left with is a sports car that wants to be a sedan.

The only thing about the Dodge Challenger is that it's heavier than its competition, more softly sprung, and not particularly precise about steering.

Read Also: Does Nissan's New Electric Crossover Have What It Takes to Compete With the Tesla Model Y?