The LG Velvet will be available to the US beginning on July 22, following the phone's launch in a few European countries and South Korea. 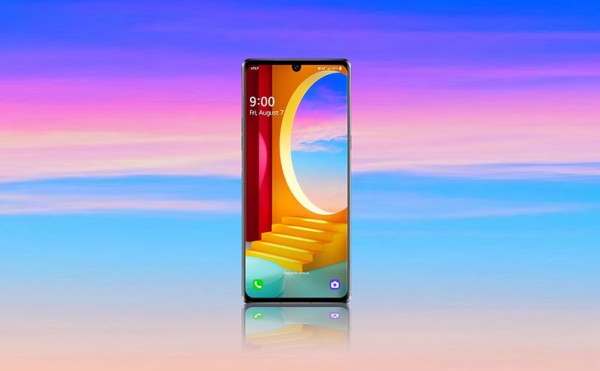 What separates it from the rest? Find out below.

The LG Velvet is Coming to America

The Velvet will be debuting online with support for the AT&T 5G network, which will cost $20 each month for 30 months to a total of $600. The carrier offers the LG Velvet for half of the monthly cost if you purchase one with an installment plan with a new service line, which you can find in stores on August 7.

Verizon and T-Mobile will support the phone when summer comes this year. LG stated in a press release regarding the phone that the Velvet takes advantage of the mmWave ultrawideband 5G network and the sub-6GHz network that Verizon has in place. LG has confirmed that they won't be selling an unlocked model of the Velvet.

There aren't any variations in configuration with the Velvet. The single configuration has 128GB of storage with support for microSD cards, and it has 6GB of RAM.

The LG Velvet will cost $600, which is a pretty good deal. It isn't priced as aggressively as LG's subsequent flagship phones, such as the LG G8X that cost people $699 that came with the dual-screen attachment even if you did not need it. If you're interested in purchasing the LG Velvet's dual-screen attachment, you'll have to pay an additional $199. You'll be able to purchase the attachment through this page, according to LG.

When you compare the Velvet to previous LG flagship phones, you'll notice that it's not trying to compete with other popular phone manufacturers like Samsung or Google when it comes to power.

A Snapdragon 765G powers the Velvet, a 5G modem integrated into it akin to the new OnePlus phone, the Nord. While the Snapdragon 765G isn't as fast as the 865, the phone can still be affordable but can connect to the 5G network.

Inside the phone, there is a 4,300mAh battery, which will last a day or more under regular use since the chipset doesn't require too much power. However, connecting to 5G with the Velvet might cause the battery to drain at a faster speed.

Read More: Twitter Bans Thousands of Accounts as the Platform Cracks Down on QAnon

The Stylish and Sleek Velvet

When it comes to the LG Velvet's design, it's one of the most attractive Android phones you could buy. The Velvet look is striking and a new one from LG, which is complete with a 6.8-inch OLED screen that's waterproof with an IP68 rating.

There's an audio jack on the phone, but unfortunately, it doesn't have the Quad DAC hardware that most of LG's flagship phones have for hi-fi music that they've had for the past few years. The South Korean version of the Velvet has a Snapdragon 765 that's slightly slower than what the American version will have, but that doesn't mean it doesn't offer a smooth experience.

According to a reviewer's friend who had the Velvet's South Korean variant, it loaded apps quickly, renders webpages as usual, and seemed to be performing normally. The performance is fine, but despite that, using the phone feels like a slog. It might be the chipset, the other hardware, or the software, but the Velvet isn't even on the same level with other flagship phones running Android in 2020.