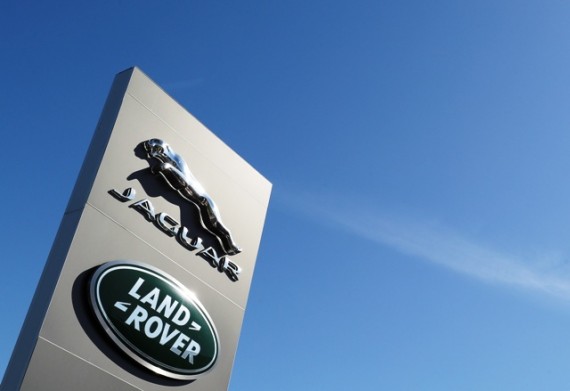 FILE PHOTO: Logos of Jaguar and Land-Rover are seen outside a car dealer, amid the coronavirus disease (COVID-19) outbreak in Brussels, Belgium May 28, 2020. REUTERS/Yves Herman/File Photo (Photo : REUTERS)

Jaguar Land Rover has lost its legal battle to own the trademark rights for the shape of its original Defender 4x4 SUV.

A London court dismissed Jaguar Land Rover's appeal on August 3, 2020, Bloomberg reported. According to the U.K. Intellectual Property Office, the shapes that Tata Motors' JLR wanted to have trademark rights were not distinctive enough.

The judge upheld the IP Office findings. While some specialists may find the design differences significant, they "may be unimportant or may not even register with average consumers." Hence, Jim Ratcliffe's Ineos Group is free to build the similarly shaped Grenadier off-roader.

Ineos will push through with its launch plans for The Grenadier

JLR expressed its disappointment regarding the court decision. The company said the Defender's shape has trademark rights in several other markets. The Defender's unique shape, JLR said, is instantly recognizable and signifies the brand around the world.

Ineos said they would continue with the launch plans, The ruling, they said, confirms that Defender's shape does not serve as a "badge of origin" for the JLR's goods. The company said they are excited to bring The Grenadier to market in 2021.

Ineos is already in talks to acquire the Daimler's factory in Hambach, France. Initially, the plan was to locate the plant next to the Ford engine plant at Bridgend, Wales. Work on the Portugal site was also suspended, BBC reported.

Check this out: Are You Losing Focus? Margaret Chamblee Shares Seven Ways to Stay Connected as You Continue Working from Home

Car Magazine described the Granadier as a mix of Defender, G-class, Jimny, and Wrangler.  It has a slightly wider and shorter built than the old long-wheeled Jaguar Land Rover Defender. The bodywork is a mix of aluminum, high-strength steel, and composites. There will be two engine options, six-cylinder petrol, and diesel BMW. Its transmissions will be from ZF while the axles are from Carraro.

The off-roader will launch in a crew-cab pickup and long-wheel-based wagon body styles. Short-wheeled base variants are also under development.

The production of Defender 90 has been delayed due to the pandemic. That means that the Defender 90 could be available as a 2021 model.

On a positive note, the company noted a building demand for the new Defender. Based on registrations, it outsold the majority of the brand's range throughout June.

Read next: It Looks Like the 2021 Mercedes-AMG GT Black Series Will Be the Most Powerful AMG V8 So Far

Jaguar Land Rover now makes it possible for car owners and passengers to access the internet using AT&T prepaid data plan. The technology uses the InControl Wi-Fi system of some car models to make the in-car data connection possible. You pay $20 as monthly subscription to AT&T for the LTE data plan for the car.