Before and after satellite photos shared on social media reveal the devastation caused by the massive explosion that tore through the Lebanese capital of Beirut last August 4, 2020.

SkySat captured before and after images of the port of Beirut. These images were shared on Twitter by Planet last August 5. The images from May 31 show a striking difference from the one from August 5. The explosion heavily damaged large sections of the port. Some sections already disappeared.

Before and after SkySat imagery shows the impact of yesterday's explosion in Beirut. Imagery captured on May 31, 2020 and today, August 5, 2020. pic.twitter.com/8zCLDOZn4w - Planet (@planetlabs) August 5, 2020

The explosion reportedly left a large crater in the dock where the warehouse was once situated. The crater is almost 500 feet wide and covered with water. The blast also affected the grain elevators sitting next to the warehouse.

Maxar Technologies also shared high-resolution images and a GIF. They noted the capsized cruise ship Orient Queen and the buildings that were blown out. Two of its crew members are reported dead, while seven others are in critical condition. Other ships in the port also suffered damages. Their crew members were reported injured. 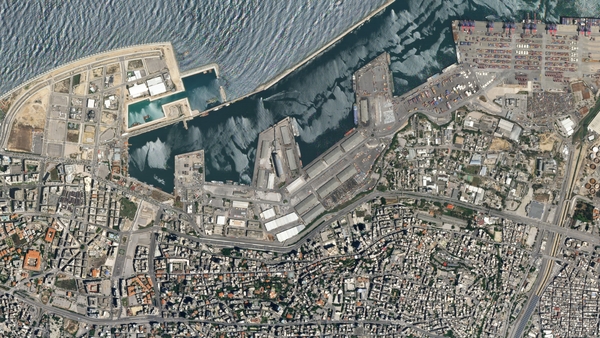 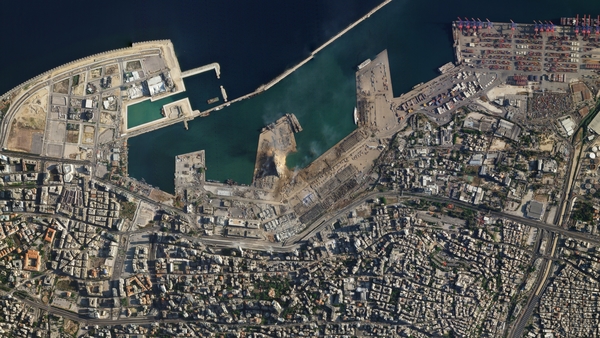 See the incredible damage from the #Beirut, #Lebanon explosion in these high-resolution #satellite images taken on August 5, 2020. Take a look at the large crater, the capsized Orient Queen and buildings with blown-out, shattered glass. pic.twitter.com/OxgzmZKNwR — Maxar Technologies (@Maxar) August 5, 2020

Check this out: New App, Tangelo, Makes It Possible for Low-Income Families to Order Fruit and Vegetables for Free

The explosion took place near Beirut's port and central district. It is said to be one of the most massive non-nuclear explosions in decades. The blast is roughly equivalent to 1,155 tons of TNT. The energy of the explosion is enough to destroy most buildings within 800 feet. That kind of explosion can also shatter glass even beyond a 1.25-mile range.

Tuesday's explosion is reported to have been caused by 2,750 tons of ammonium nitrate. This chemical is used as fertilizer for plants. However, it can also be used to make explosives. The explosive material was sitting in a port warehouse over the last six years with no preventive measures. A fire reportedly occurred and then reached the said warehouse before the explosion.

Lebanon's cabinet has declared a two-week state of emergency in Beirut. Officials expect the death toll to rise as emergency workers continue to search for survivors. The Lebanese government has allocated about $66 million to help the capital deal with the blast's effects. Countries around the world have sent emergency workers and medical personnel to Lebanon.

A CBS report noted the raised concerns about food security in the country now that its main port is damaged. It is estimated that 85 percent of Lebanon's grain stockpile was stored at the port's silos. Lebanon was already struggling due to an economic crisis before the massive explosion.