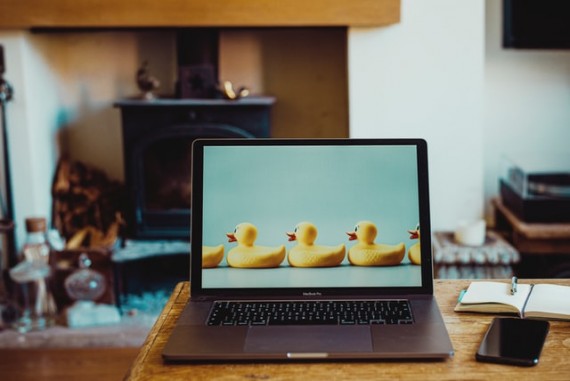 New MacBook Pro laptops are, to most users, the epitome of what a mobile productivity device should be. It looks good and feels good. For many users, it just works well. It's not really made for gaming so we'll not be looking at it from that angle. Rather, we'll focus on the rumored build, specs, and performance from a productivity standpoint.

Apple is planning to release its latest versions of personal computing devices that run on ARM-based chips near the end of 2020. Being part of their Kalamata Project, this change of direction from Apple from their previous x86-processor offerings promises better performance and higher power efficiency.

Once this happens, there's a very high chance that new MacBook Pro models will also sport ARM-based processors. This will have a significant impact on how newer MacBook Pros will look like and how they're configured. For one, better battery efficiency brought by ARM-based processors can help in making better (and larger) screens without any significant shortage on battery life.

A new design patent has surfaced, showing that Apple is planning to trim the bezels around the screen further. It has been filed in the Hong Kong Patent Office. The design patent shows a future MacBook from different angles, eight different views to be exact. If implemented, this will give a larger display real estate while still maintaining an over-all small body footprint.

Each MacBook Pro offers something new to the table. Mostly, the upgrades are welcomed by users. During the last few years, we've seen MacBook Pro models getting thinner with wider screens and ever-decreasing bezels. However, just how thin can they go with their bezels? The design patent shows that the screen will have very thin bezels on the top, left, and right sides. They're so thin, (at least on paper) that they're close to being non-existent.

One question though is where would Apple place the front-facing camera. Other manufacturers managed to place their laptops' front cam just below the screen's bezel. However, the solution is quite problematic since at that angle, you'd be giving off an unflattering angle of yourself. Knowing Apple, they should have already addressed this one way or another. Only time will tell how they plan to achieve thin bezels on their MacBook Pro without sacrificing the front-cam functionality.

The patent also shows the new MacBook Pro's ultra-thin chassis. It's quite the same with current models but it could also be thinner once it goes into production. When it comes to connectivity, the photos hint at the future MacBook Pro having at least four ports and if we're lucky enough, a headphone jack. The patent didn't say what those ports would be but it's safe to say that some of those would be Thurbolt 3.

Should we save up for this anytime soon?

Don't rejoice quite yet since it's just a design patent. At the moment, nothing is set in stone. Filing a patent and actually making a device based on that patent are different things. This could be a case of Apple providing legal protection for itself for future releases. Let's cross our fingers that this isn't the case as we'd love to see a MacBook Pro with ultra-thin bezels.

Prepare for iPad Air 4 and Its Awesome New Feature

Apple’s latest iPad Air 4 is set to hit store shelves in March 2021. It’s rumored to have the same chip running the upcoming iPhone 12 and comes with a few new tricks up its sleeve.