The Lord of the Rings: Gollum Soon to Hit Stores 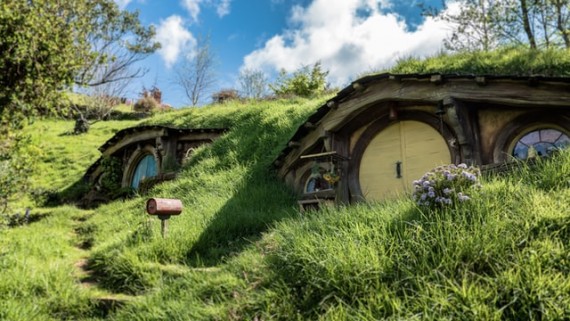 The Lord of the Rings: Gollum Soon to Hit Stores (Photo : Thomas Schweighofer)

The Lord of the Rings: Gollum trailer has already been launched. It's short at just around a minute, but it already shows quite a bit of what fans might expect. Gollum is shown living in his cave. The scene then shifts to him getting out and witnessing the anarchy in Mordor.

There are no official system requirements yet, but we're guessing it will also take advantage of Ray Tracing and DLSS. If you're planning to play this game, we suggest setting up your gaming PC and upgrading it to more modern components just to be on the safe side of things.

Known as the fourth bearer of the One Ring, Smeagol started off as a normal hobbit. While fishing in River Anduin, he came across at something that's half-buried on the river bed. The shiny ring looked normal, but as he soon finds out, it gave him certain abilities such as invisibility. It also extended his lifespan beyond half a century. However, this came at a cost. During these hundreds of years with The Ring, Smeagol was slowly affected by The Ring's influence, both on the inside and on the outside. It corrupted him to the point that his entire appearance changed and his inner demons would always get the best of him.

Fast forward to the time when the Fellowship of the Ring storyline occurs, Gollum is seen as busy minding his own thing. With fate intervening with everyone's life on Middle Earth, he became entangled in the journey to destroy the accursed Ring.

Lord of the Rings: Gollum

There have been various Lord of the Rings games. Many installments have received positive feedback from gamers and reviewers. Most focus on direct combat and hack-and-slash action. This makes the gaming community more excited about this latest game.

Deadalic Entertainment's CEO Cartsen Fichtelman previously mentioned that the game "follows the path of Gollum and what happens before Frodo and his companions find him trailing them in the Mines of Moria." Maybe re-watching the Lord of the Rings Trilogy would act like a sort of game guide if you plan to play the game.

It doesn't star well-known LotR heroes but instead focuses on Gollum's side of the story. Given Gollum's abilities, we expect that Deadalic Entertainment's entry would focus more on stealth and cunning. We expect it might be like Metal Gear minus the modern technology with generous sprinkling of Might and Magic elements. Don't expect you'll be brandishing Aragorn's sword or Legolas' bow and arrows anytime soon.

Instead, the game will focus on how the player will make decisions as either Smeagol or Gollum — two entities, often angry at one another but existing in one body. It was also no surprise that the game will have its own interpretation of the character. This might be one reason why he has more hair in the trailer than in the movies.

One big question though is, since Gollum was once a bearer of The Ring, will he be able to use it in-game?

TAG Gollum, Smeagol, Lord of The Rings, Lord of the Rings: Gollum

The PS5 is almost here and three of the most awaited games are to hit the console really soon.

‘Lord Of The Rings' Mount Of Doom Is Alive?

‘Lord Of The Rings' and the infamous Mount Of Doom is now active.