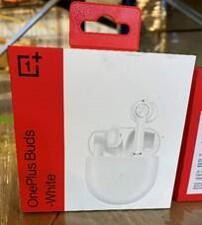 Counterfeit Apple Airpods were reportedly seized by the U.S. Customs and Border Protection. They were able to seize 2,000 boxes that are said to cost an estimated $400,000. The boxes were found from a shipment at John Kennedy Airport in New York last August 31. They came from Hong Kong and were destined to be shipped somewhere in Nevada.

Troy Miller, the Director of CPB's New York Field Operations, went on to say, "The interception of these counterfeit Apple Airpods is a direct reflection of the vigilance and commitment to mission success by our CBP Officers daily."

However, there seems to be a huge problem about these seemingly fake Airpods. The photos shown by the CBP during their press release indicate that the "Airpods" were actually OnePlus Buds. These are authentic wireless earphones made by OnePlus, a famous smartphone manufacturer.

In 2019 alone, the CBP was able to seize close to 27,600 shipments that have products that violated intellectual property rights (IPR). If these goods had been authentic, they would have cost around $1.5 billion. This saw an increase from 2018's $1.4 billion in seized counterfeit products.

Jewelry and watches continue to top the list of seized products. Next to them are wearing apparel and accessories. They cost, if legitimate, $687 million and $226 million, respectively.

Airpods and OnePlus Buds: Do they all look the same?

At first glance, like many other true wireless earbuds, they all look similar. Most of the time too, they come in the same color scheme-white with some silver trimmings. It's really easy to get confused with which brand one model comes from.

Although there'd be some minor design variations, most of the time they follow a common design. There's an earpiece where a sort of trunk connects to. This part is where the battery is often located together with other components. To make identifying these earbuds harder, most manufacturers put just a small brand name or logo to their products.

But let's face it, Apple makes visually appealing products and other manufacturers seem to cash in on this fact. Yes, there aren't any violations since the other products are not being advertised as counterfeit Apple Airpods. However, from a consumer standpoint, there are those who don't mind cheaping out on certain features as long as what they have closely resembles what Apple sells. Often, this too comes at a cheaper price.

OnePlus still hasn't made a comment on the issue. CBP, on the other hand, hasn't yet made a clarification on what actually happened. Once either party releases a statement, we'll keep you up-to-date  as this story progresses.

Read also: The Best Android Phones of 2020: Unbeatable Performance and Awesome Features for Every Consumer

The Best Android Phones of 2020: Unbeatable Performance and Awesome Features for Every Consumer

The best Android phones of 2020 are quite a bunch. Normally, we first look at the specs but are those the only factors we consider when getting the best phone we can get our hands on?