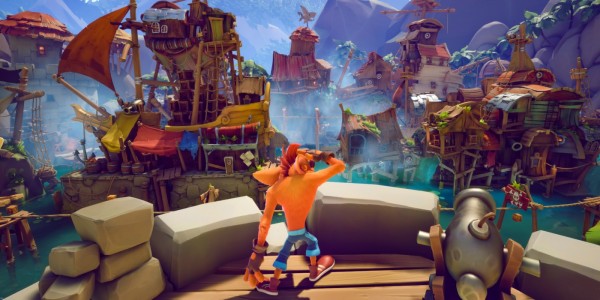 Crash Bandicoot 4 is unsurprisingly gaining popularity, and here's what journalists and gaming experts have to say.

As usual, the Crash Bandicoot franchise's latest installment takes players on a classic journey of Crash and Coco and their long-running feud against Dr. Neo Cortex. Alongside the single-story campaign, Crash Bandicoot 4 also offers a multiplayer mode for players to challenge their friends or online communities.

Crash Bandicoot 4 is currently sitting well at 83 on Metacritic.

"Part of what makes Crash 4's levels both readable and fascinating to explore is the sheer level of detail Toys for Bob was able to cram into them compared to the original trilogy."

Gabriel Fuentes of Generación Xbox crowned the game as 'legendary,' giving it a 9.8 'imprescindible' score.

"Crash Bandicoot arrives spinning and jumping in a new release that solidifies, even more, the great work that Toys for Bob has been doing with its remasters. Crash Bandicoot 4: It's about time could easily be on the podium of the best of Crash."

Mike Epstein of GameSpot believes that Crash Bandicoot 4 manages to modernize its gameplay to 'resonate to the new fans' while staying true to the OG PS1 version.

CHECK THIS OUT: Worst Video Games Ever: 5 Titles That Fans Want Everyone to Forget About Their Franchise

New Characters and Levels for the Win

According to Stephen Tailby of Push Square, Crash Bandicoot 4 deserves eight stars out of ten. While the writer criticizes its awkward control systems and occasional bugs, new characters & levels do not go unnoticed.

"It might be tough, even a little mean at times, but this is the proper sequel fans have been asking for. With so much to see and do, this is a stylish, confident 3D platformer that brings Crash back at his best."

"This is exactly the sequel I could imagine Naughty Dog wishing it had made 20 years ago, and one that can stand proudly alongside the best of the Bandicoot's back catalogue," Alex Avard wrote and give the game a 4.5 out of 5.

Crash Bandicoot 4: It's About Time is a platformer game available on PlayStation 4 and Xbox One.

READ NEXT: FIFA 21 Career Mode Guide: 5 European Sleeping Giants You Have to Try to Manage