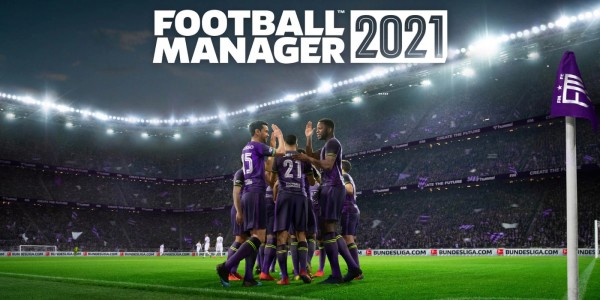 Football Manager 2021 is on the horizon. Sports Interactive (SI) recently took to their blog to reveal the publisher's approach to the current pandemic in FM21.

The decision is made following the current situation in football amidst the pandemic. Several leagues, including the English Premier League, had to postpone the rest of the season while others, like Ligue 1, had to finish it prematurely.

SI understands that the game is meant to be a fantasy world where people could see escapism from reality, and 'not to remind them of it.'

"People have always used FM to create their own fantasy world, and we reasoned that now, more than ever, they needed something to take them away from reality," wrote Miles Jacobson. Jacobson is known for his work as a studio director at SI.

More than ever, with people spending time at home amidst coronavirus, FM21 saw a massive number of downloads last March. That said, to 'balance between realism and escapism,' SI decided not to feature coronavirus as an illness in their upcoming FM game.

Read also: Black Mirror: 5 Blockbuster Shows & Documentaries That Are Just As Shocking (& Where to Watch Them)

How Will Coronavirus Impact Football Manager 2021?

In real-life, football clubs, especially from the weaker sides, are not immune to the pandemic's economic impact. Football Manager 2021 will still emphasize it. As you create your first save, your club will be in a lot worse condition financially than usual.

Wonderkids will retain their market value, and negotiations will see more loan-to-buy options. The first season's transfer window will replicate real-life. Still, it will soon revert to its regular date within the second season.

However, SI decided that the supporters will still enter the stadium from the first season's starting date. This will let clubs generate revenue and get back on their feet soon.

In-game substitutions will still be the same. If a league allows up to five subs in a match, so does the game.

Luckily, coronavirus will not be one of the illnesses in the game. It sure will bring so much realism, but having to walk out of a Champions League final after ten seasons with Colchester United FC is indeed no fun.

Read also: US Presidential Election: Facebook, Twitter, and Google Bosses Are to Testify Before Congress on October 28

When Will Football Manager 2021 Be Released?

Football Manager 2021 is coming on November 24 on PC via Steam & Epic Games and Xbox One & Series X/S.

SI promised that the current FM game would focus on the managers. Critical points in interacting with your players, journalists, scouts, and coaching team will be entirely revamped.

Whether you're all in for the Galacticos or nurturing 'the new Eusebio,' negotiations in FM21 will be more realistic than ever.

Are you as excited about Football Manager 2021 as we are?