Among Us has been a target of an online spam hack, named 'Eris Loris.' To respond to the attack, InnerSloth has called for emergency maintenance last Friday.

The spam floods in-game chat to promote a YouTube channel called Eris Loris and threat players with hacking their devices. The hacker also endorses Donald Trump for president and links to a Discord server, which contains many racial slurs and animal abuse.

InnerSloth encouraged users to play private games on a private server with trusted friends and people to tackle the problem.

"We're are super duper aware of the current hacking issue and we're looking into it. We will be pushing out an emergency server update so people who are in game will get kicked from games," the indie dev addressed the issue on Twitter.

Read also: What Happened to Google Play Music? Google Is Shutting Down Its Music Streaming Platform This Month 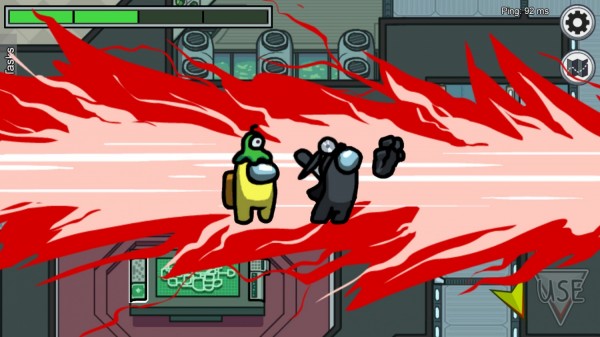 (Photo : Steam)
Among Us has been a target of an online spam hack, namely 'Eris Loris.' To respond to the attack, InnerSloth has called for emergency maintenance last Friday.

Who Is Eris Loris and What Should I Do?

The reason? "For publicity stunts and for the lolz," said the college student.

Eris also sells cheats for lots of video games and even received death threats for the stunt, which the hacker claims not to care about any of them. He claimed to write the bot in 'only six hours' and have others volunteer to engineer the spam attack. The affected number clocked at a staggering 1.5 matches and almost 5 million players.

To stop the attack, simply do not subscribe, view, or even comment on the hacker's YouTube account. Stay away from public lobbies and the North American as you can as it's the most affected server to this date.

The Growing Popularity of Among Us

According to a report from Kotaku, Among Us has been subject to hackers' attacks and cheats for the past few weeks. Some hacks allow an instant kill or even see who the impostor is.

The growing popularity of the indie game is the reason behind it. Featuring cute-looking jellybeans in a spaceship, Among Us has emerged as the most popular game during the pandemic. Back in August 2020, the game has seen a 661% increase in download with a total of 86,6 million. According to SteamChart, Among Us has now taken over GTA Online, CS: GO, and Dota 2 as Steam's most popular game.

InnerSloth dev is a hard-working indie game developer of three people only, and needless to say, this malicious hack is why we can't have nice things.

Among Us is available on PC, iOS, and Android for free.

Read also: US Presidential Election: Facebook, Twitter, and Google Bosses Are to Testify Before Congress on October 28