Spider-Man 3 — the working title of the upcoming sequel to Spider-Man: Far From Home, the last Marvel Cinematic Universe (MCU) Phase 4 movie released before the pandemic — is now reportedly in the works.

However, what may seem different in this much-awaited sequel is the possibility of showcasing Marvel's "multiverse", wherein MCU's Spider-Man Tom Holland is not alone — and up to four more Spider-Man versions could appear at the same time.

Rumor has it that Holland will be joined by the two former Spider-Man actors from the titular movies before him. First is Toby Maguire, who played the web-slinging hero in Sony's Spider-Man movies in 2002, 2004, and 2007, and Andrew Garfield, who suited up as Peter Parker in The Amazing Spiderman in 2012 and The Amazing Spiderman 2 on 2014, both under Sony as well.

The two are very much likely to join Holland. There were also leaks from some fans' screenshots of the upcoming Doctor Strange sequel, Doctor Strange in the Multiverse of Madness where it shows Maguire and Garfield are both part of the cast when they Googled it. This further strengthens the rumors of the two really jumping in the MCU. 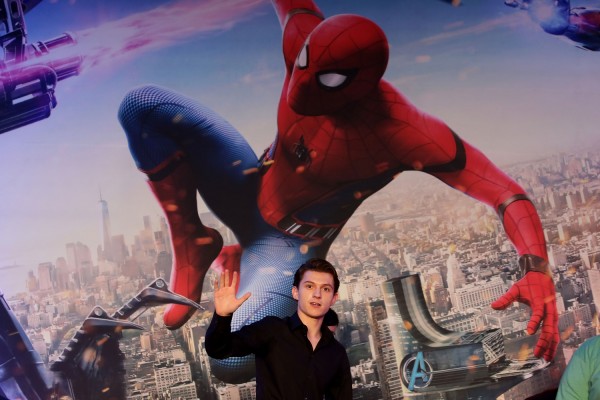 The fourth and fifth however are yet to be confirmed. But sources say that the other Spiderman versions that may also make their MCU debuts as well in the upcoming Holland version sequel are Miles Morales' real life version of the Spider-Man, and the futuristic Spiderman 2099.

Miles Morales, the character that made his first big screen appearance in the critically acclaimed animated superhero film Spider-Man: Into the Spider-Verse, wherein of course, the title says it, the concept of the multiverse is also introduced.

Multiple versions of Spider-Man were shown, calling them the "Spider Gang" in the movie.  It includes characters such as Morales, Peter Parker, Gwen Stacy as the Spider-Woman, Spider-Man Noir who was the Spider-Man from the 1930s, the talking pig Peter Porker or the Spider-Ham, and Peni Parker who uses the mechanized SP//dr suit, and Spider-Man 2099.

ALSO READ: 'Spider-Man: Miles Morales' For The PS5 Was Actually Leaked 9 Months Ago

Marvel's Multiverse Is Just Around The Corner

The multiverse concept was deeply highlighted and made buzz around the movie's fans and as well as the MCU fans if the multiverse would also be a thing in the MCU. It was almost confirmed when the next movies of the MCU Phase 4 were announced in the San Diego Comic-Con last July 2019, hinted especially because of the Doctor Strange sequel, and Eternals- a new group of powerful beings from other universe in the comics yet to be introduced in the MCU.

Spider-Man 2099 on the other hand is the version of the comics character Miguel O' Hara- a geneticist who, like Parker and Morales, was accidentally involved onto something experimental yet was processed genetically that led them to having superpowers being a spider-like creature. In O'Hara's case however, he was attempting to re-create former Spider-Man's abilities in his universe, but the accident has caused him to genetically write half of his DNA with a spider's genetic code. He also appeared in the Miles Morales version , at a post credit scene.

ALSO READ: 5 of the Most Anticipated Movies of 2020 That Were Delayed Due to Coronavirus and Their New Release Dates