One of the world's most popular professional gamers, Tyler "Ninja" Blevins, has released a brand new hoodie just in time for the holidays.

The latest addition to the Team Ninja merch collection features a built-in tech never seen in any other of Ninja's hoodies. Blevins' new merch has a game-changing patent-pending technology that improves its wearer's audio experience, even with the hood covering most of the wearer's head.

Innovative mesh ear holes integrated into the hood itself makes this immersive, fashionable choice possible. From gamers to athletes, anyone who loves that now-iconic "headphones over the hood" looks can now rock the outfit and listen to their favorite playlists at a much clearer quality. 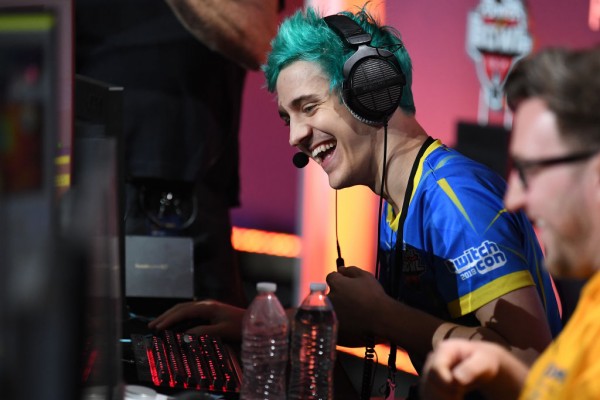 "My latest hoodie is all about comfort, style, and a new design," Blevins said. The professional gamer and streamer added: "We went a step further in the design process for this one and added a super cool technology that allows you to wear over-the-ear headphones over the hood -- allowing you to have the same look and comfort with the same level of sound quality you get when the hood is down. I also chose a lot of unique, vibrant colors for this one - giving it that swaggy streetwear vibe."

The hoodie starts at $60 and is set to drop on TeamNinja.com starting November 25.

Born Richard Tyler Blevins, the esports world's Ninja began playing professionally in 2009 with Halo 3. He soon started playing for some of the world's top gaming organizations - Cloud9, Renegades, Team Liquid, and the latest, with Luminosity Gaming in 2017. His streaming career began in 2011 with H1Z1, now Z1 Battle Royale.

WATCH: Good Guy Twitch Streamer Tries to Give Back His Subscribers' Money During the Pandemic

Now with millions of fans around the world, Ninja arguably rose to global cultural prominence in 2018. He streamed on Twitch, playing Epic Games' Fortnite with rappers Drake and Travis Scott and Pittsburgh Steelers' wide receiver Juju Smith-Schuster. He would later become the first streamer to join Fortnite's "Icon Series," inspiring a line of in-game items and cosmetics based on real-world personalities and icons.

In 2019, Reuters reported that Ninja Blevins was among the professionals tapped by videogame giant Electronic Arts to play, stream, and promote its upcoming game "Apex Legends," seen by the global community a competitor to Fortnite. Blevins reportedly received US$1 for the promotion.

Now, Blevins has 24.1 million subscribers on his YouTube channel alone, plus millions more on Twitch and Mixer. In August 2019, Ninja famously left Twitch as an exclusive streamer for Microsoft's Mixer streaming platform. However, when Mixer shut down in July 2020, his exclusivity with the platform also ended, allowing him to return to Twitch.

He is also the first professional gamer to appear on the cover of ESPN The Magazine, following his breakthrough into the mainstream media scene. Aside from making appearances in television shows Family Feud and Celebrity Family Feud, Ninja has also appeared in the second season of the Fox reality music competition "The Masked Singer," donning the mask of the Ice Cream Cone.