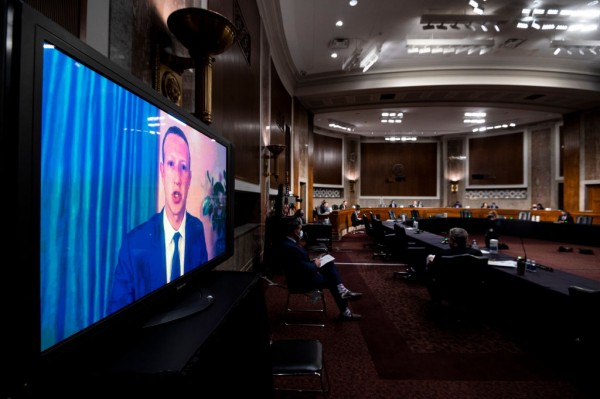 (Photo : Getty Images)
According to the lawsuit, Facebook previously rolled out 2,600 positions with an approximative salary of $156,000, but the tech giant employed a tactic that put H-1B visa holders in a much-privileged place than average qualified Americans.

The United States Department of Justice filed a formal lawsuit on Thursday, December 3, against Facebook, accusing the social media giant of "denying opportunities to US workers" by favoring foreigners on a temporary visa.

According to the lawsuit, Facebook previously rolled out 2,600 positions from 2018 through September 2019 with an approximative salary of $156,000, but the tech giant employed a tactic that put  H-1B visa holders in a much-privileged place than average qualified Americans.

The department believes that it Is a civil right violation, as the two-year investigation reveals. The complaint alleges Facebook of "refusing to consider any U.S. workers" and relies on workers with H-1B visa. The practice is pretty familiar among tech companies as a way to attract highly talented foreign workers to the U.S.

We'll have more details to the story as it develops.

READ: Moon Mark Partners with Intuitive Machines to Bring Vehicles for Much-Awaited Race 'On' The Moon

In an exclusive statement to NPR, Facebook says that the tech giant "disputes" the allegation, although it's been cooperative with the Justice Department to tackle the issue.

"While we dispute the allegations in the complaint, we cannot comment further on pending litigation," the statement reads.

Facebook has a perplexing with Trump's Administration. While this issue has been going on for a long time, the current President of the United States (POTUS) complained about how big techs like Facebook and Twitter hindered his campaign by labeling them as misleading. In some cases, the platforms may immediately take down some of the posts.

The US government previously rolled out Section 230 of the Communications Decency Act to shield social media from both Republican and Democrat parties' lawsuits regarding content its users make.

Not the First Time

Speaking of Facebook, the tech giant is facing scrutiny after several workers filed an open letter demanding Facebook to improve their work quality amidst the current coronavirus pandemic.

In November, over 200 content moderators signed the letter to call out their employers, who forced them to report back to the office despite health concerns from every corner. Facebook denied the claim, saying that it has been sending its employees to work from home until 2021.

Previously in October, as the BBC reported, the Department of Justice also sued Google for its "illegal monopoly" in search tools and advertising. The department filed a "civil anti-trust lawsuit," and it was amen-ed by 11 states, including Texas, Florida, Georgia, South Carolina, and many others. Interestingly, what these states have in common is they have Republican attorney generals and lawmakers.