If you love robots, then you should watch BattleBots 2021. It is currently taking place with 16 robots remaining after the Round of 32. BattleBots is a popular American combat television series that showcases the competitors' remote-controlled armed and armored machines. 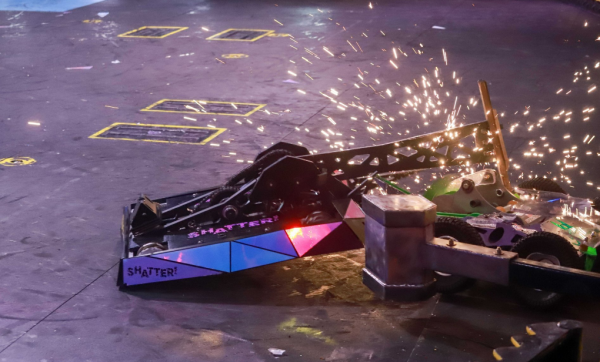 (Photo : Screenshot from Twitter post of @Bots_F_C)
BattleBots Bracket 2021: Round of 16 Matchups, Air Date and 3 Robots to Watch Out For

Super excited to take on Donald Hutson and the legendary Lock-Jaw this Thursday Night in the #RoundOf32! Lets see if all of our driving practice with the R/C Diesector toy 20 years ago finally pays off! #BattleBots pic.twitter.com/xjhvzhrwSo

These robots are specifically designed to fight each other in a big arena, which has different obstacles that they can use to destroy their enemies. These include flame throwers, blades, and metal hammers. Each of the participating teams has to make a robot that can match their upcoming opponent.

If you are a fan of this show, you already know the famous war-bots such as Bite Force, Minotaur, Bronco, Black Dragon, Deathroll, DUCK, and more, as stated by Screen Rant. And now, the 2021 BattleBots matches are already happening. If you missed them, here are the schedules of the next upcoming battles, as well as the recent winners.

On Thursday, the Round of 32 in the popular American series just concluded.

In the past week, the first half ended and declared eight winners. The robots that survived those battles include Gigabyte, Hydra, Whiplash, Valkyrie, Uppercut, Ribbot, Black Dragon and Tombstone. On the other hand, the losing bots include Hypershock, HUGE, Subzero, BETA, SlamMow, and matter.

(Photo : Screenshot from Twitter post of @altium)
BattleBots Bracket 2021: Round of 16 Matchups, Air Date and 3 Robots to Watch Out For

Congrats to @MammothRobot for making it into the Top 32! Looking forward to watching you crush it during the #BattleBots World Championship! #Robotics pic.twitter.com/xx4fXgfZTE

On the other hand, the winners of the latest round include Bloodsport, Tantrum, Sawblaze, Witch Doctor, Mammoth, Shatter, End Game and Rotator.

With that said, the Round of 16 is set to take place on March 4. You can click here to see the exact brackets of the popular BattleBots 2021.

BattleBots You Should Watch Out For

With the Round of 16 finalized, we take a look at the three robots they should watch out for since they can surely bring some trouble

Unlike other BattleBots, Black Dragon doesn't have a big size. In fact, it is a small robot that has a very lowered design. This means that this machine is very hard to lift or toss around. It has already taken down some big machines such as Captain Shrederator, Bloodsport, Minotaur, War Hawk, and more.

Hydra has a very amazing record. It has four matches that it won through knockouts. It is considered a veteran flipper since it can easily toss or flip around its enemy bots. Previously, Hydra was able to defeat bronco, another efficient bot-flipper in the popular American series.

On the other hand, Ribbot is a very unusual bot since it doesn't have a metallic look. Instead, it has a frog-like appearance, which is why it is called "Ribbot." Its favorite tool is called "Torque Wrench," which is used for more than two years now.