Netflix and Valve have teamed up to create a new Anime adaptation on the platform, which would visit the lore and story of one of the most popular MOBA games in the world: "Defense of the Ancients" or Dota. The Netflix adaptation would be called "Dota: Dragon's Blood" and would be a mystery, fantasy and action genre to capture the lore of the game.

If you think that the game is not yet immortalized with its multiplayer online battle arena (MOBA) game that has been running on Valve since the early 2000s, well think again. An exclusive deal between Netflix and Valve has the two looking at a massive anime series that would visit the "World of Warcraft" and its "Frozen Throne" expansion.

Not only would the fantasy world of "World of Warcraft" is coming, but important elements of the game including characters, locations, villains and other key players would also debut in the anime format. Book 1, which is also known as the first series of the anime, would soon debut on the platform--with Valve and Netflix looking at a massive franchise of the title. 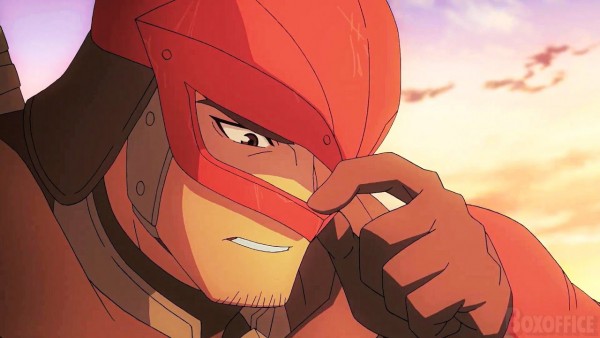 As first revealed by Netflix in a teaser trailer on YouTube, the first book centers on Davion, which is a popular character in the MOBA game that is also known as "DK" or the Dragon Knight. The teaser also showed a dark and mysterious force behind the warring kingdoms of the land, which is suspected to be the Necromancer or someone that lurks in the dark.

The TV series trailer also showed the Princess of the Moon, Mirana Nightshade, who would supposedly join the fight against the evil forces that threaten the land and its citizens. Here, fans would be able to see full-sized men who are known as "Creeps" in the game, as warriors and soldiers of the army that would fight against an evil force.

Another character joining the anime resembles the popular intelligence hero called "Carl, the Invoker," which is one of the most iconic heroes in "Dota 1" and "DOTA 2." Netflix and Valve Corporation are joined by massive names in the series and movie industry, particularly writers from Marvel's feature films, "X-Men: First Class" and "Thor."

Currently, Netflix has two trailers for the anime series that would soon air on the platform, with one being the teaser, and the other being the full-length trailer that has shown several key features and elements in the story. The game's lore is dramatized to act as the story and plot of the series, combining several key elements like characters and map locations.

Netflix and Valve Corporation set the date for March 25 to debut the anime series on the platform, and it would observe a one-drop system that would include all the episodes for the show. The game is one of the anime series adaptations from Netflix, which was initially started by the "Blood of Zeus" that takes key elements from Greek Mythology.