The brand new Nvidia GeForce RTX 3080 has sold out on all available markets. Finding this premium product is proving to be difficult. However, there is still a chance to grab one for yourself.

This list of retailers will be the first to offer GeForce RTX 3080 as soon as it is available, so be sure to watch out for them. 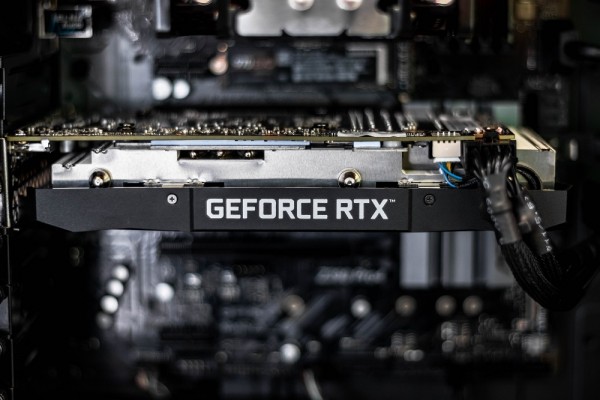 It has been barely a year since the GeForce RTX 3080 made its debut in the market. However, up-to-date, all stock is basically sold out. Neither the main page nor major resellers have updates on when to expect a major restock of this premium graphics card.

Nvidia's GeForce RTX 3080 is a top-of-the-line product that delivers ultra-performance for users. According to TechRadar, this graphics card brings one of the largest generational leaps in GPU history, built with Ampere, RT Cores, Tensor Cores, multiprocessors, and G6X memory. For gamers, this can run up to a 4k gaming experience. Even so, there is also plenty of useful non-gaming features included.

If you are really desperate to get a GeForce RTX 3080, the only available option is to buy laptops and desktops installed with it. Tom'sguide lists PCs such as MSI's Trident, Infinity, Codex, and laptops like the ROG Flow X13 might have the GeForce RTX 3080 installed.

Read Also: $600 GPU for MacBook Pro? Could This New Upgrade Be Better Than The Radeon Pro Vega II Priced at $2,400?

Since March 12, there is no available stock of Nvidia GeForce RTX 3080 in shops. Unfortunately, the situation will not get better anytime soon. A major stock and raw material shortage is preventing the manufacture of Ampere GPUs. This crisis might last until July.

An article from Sweclockers claimed that TSMC chips might be a solution to the shortage, as it can be used as an alternative to Samsung's Technology. Nvidia, however, has released no official statement on how they plan to overcome this dilemma and when stocks might be available again.

Residents from the U.K. have their own hardware retailers. Customers might avail theirs in the following shops.

A good strategy would be to bookmark these shops and activate notifications to be aware when stocks come in. Be sure to save your payment and shipping details to save precious seconds when filing your order

Nvidia GeForce RTX 3080 remains one of the most popular graphics cards ever released in the market. Not only does it come with a reasonable price, but the performance lives up to its standards. Unfortunately, with their stocks low, competition with other customers would be high. Bookmark the shops listed above and be the first to hear when Nvidia's GeForce RTX 3080 becomes available again.