According to the latest report about the upcoming Apple product, the iPhone 13 Pro could have a change of direction in its design.

According to MacRumors, the iPhone13 Pro has been leaked to have a smaller notch design and refurbished earpiece. The leak was from Japanese site Mac Otakara, which also shared some new dimensions for the upcoming Apple device. 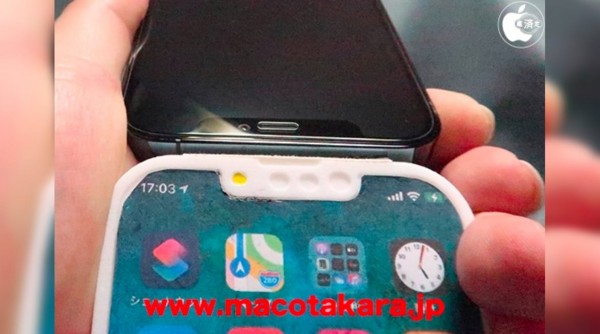 The upcoming iPhone 13 will also have a repositioned selfie camera that will be fixed to the left side of the Apple device, compared to the current iPhone 12 Pro that has the front camera at the right side.

Also Read: iPhone 13 Rumored to Have Up to 1TB of Storage--But Is Apple Way Behind Samsung and Asus?

Appleinsider predicts that the infrared camera and the light shooting illuminator on the left side will be moved to the center of the notch, making room for the repositioned selfie camera. Furthermore, the iPhone 13 leaks provide an image of the rear cameras. There were no changes to it so far.

The rumors should be taken with a grain of salt, though, as Apple is still not giving any official word about the phone, and fans are still waiting for its announcement of the iPhone 13.

Cnet reported that Apple may change the name of the upcoming iPhone 13 and entirely skip the number itself due to superstition of the number "13" being an unlucky number. The publication noted that Apple may settle to the "12" number and give it other letters in the alphabet to make a new name and position the new iPhone model as an improvement of the iPhone 12.

For its release date, it is believed that the iPhone 13 will be announced in September 2021 at the Apple event, even with the COVID-19 pandemic. Analyst Ming-Chi Kuo also revealed that Apple has a significant supply chain in its arsenal and should have no problem making an iPhone 13 2021 possible.