With that said, we provide with a detailed guide for the latest additions in the second half of the Season of the Chosen

In these last few weeks, the conflict against Empress Caiatl and her followers only continues to grow. You have been tasked to investigate in Presage missions, search for the missing Guardian and discover the Dead Man's Tale Exotic Scout Rifle. The excitement is not letting up anytime soon, as the story goes deeper into development on the incoming weeks of missions and quests.

Iron Banner Season of the Chosen

This week's event brings Iron Sharpens Iron Seasonal Challenge. Be sure to complete your challenges and the four pinnacle-powered weekly bounties before the event time ends. The Iron Banner starts on April 13 at 10 AM PST and ends on April 20 at 10 AM PST. 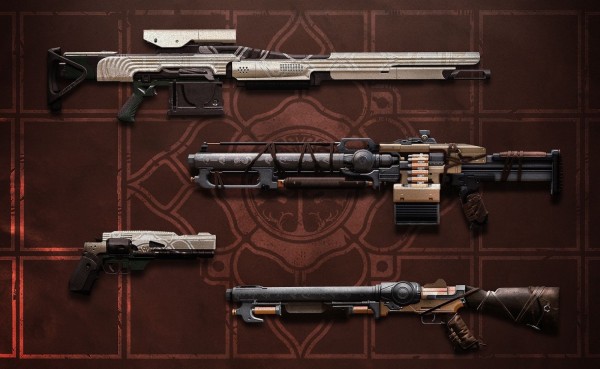 A preview for Saladin incoming new items has been released. You can expect these weapons to be available in his shop sometime in May. Gamespot identified two of the weapons to be a 140 round-per-minute Energy Hand Cannon Finite Impactor and the Aggressive Frame Energy Sniper Rifle Occluded Finality. Another two new weapons would also be making their debut in-game, though they are yet unnamed.

Players could expect a heavy grinding season for these new guns. The firepower should also be improved significantly, with Bungie promising major upgrades on their returning weapons.

Read Also: 'Destiny 2' Hawkmoon Catalyst: How to Get and What Does It Do?

Another event to look forward to is the Week 9 challenge "Suited for Combat," where players are tasked to defeat targets wearing full-set armor. Unfortunately, Bungie is a little vague in its wording, and players might have encountered a few bugs completing the quest. The quest only makes its progression when the Praefectus armor set is equipped in full.

Gamerant explained that the fastest way to unlock the Praefectus armor is to progress through the Seasonal Pass. Armor pieces are unlocked through the 100 levels the player completes.

Players could even unlock the unique Legatus ornament to complete the look.

With both the Umbral Engrams and Prismatic Recaster on hand, you should now concentrate on getting Hammer Charges to unlock the higher tiers in the recaster. You could get Hammer Charges by doing more Battleground runs.

Also, consider getting the Hammer of Proving. By improving the War table reputation and rank, you could unlock new pers and receive special loot from Battlegrounds mission. This includes the Tribute Chest, Red Legion Chest, Challenger Medallion, and Mission Focus. Use the chests to try your luck in randomly scoring a new Season of the Chosen Armor.

Related Article: How to Get Good in Call of Duty: Black Ops - Cold War Multiplayer