As we get closer to September 2021, the hype for the iPhone 13 is through the roof. In fact, several speculations have leaked and speculated online as to what feature the new Apple iteration might offer.

Now, latest rumors suggest that the upcoming iOS phone may have an upgraded storage capacity and some incredible new color variants.

iPhone 13 to Offer 1TB of Memory and awesome Color Hues

Softpedia News cited a French report that laims the iPhone 13 could have an improved memory capacity of 1TB. However, the publication does not state what iPhone 13 variants Apple could implement the feature on. It is most likely that the iPhone 13 Pro and iPhone 13 Max Pro versions will get a 1TB of internal memory upgrade, according to previous iPhone releases.

Currently, the iPhone 12 has a max memory capacity of 512GB, which could mean that Apple is planning to upgrade its memory cap for the iPhone 13. Also, there is a higher chance that the Cupertino-based company will boost the internal memory of the upcoming device to compete against Android phones. 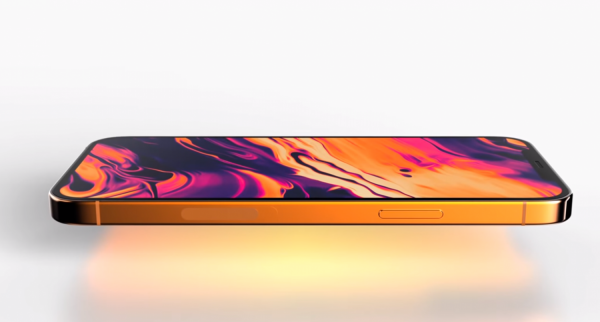 However, if Apple decides to add 1TB of memory for the iPhone 13, this could mean that iCloud services could become obsolete in the future since Apple users tend to purchase more storage from the cloud, where it is automatically stored in the company's database.

This could also mean that the 1TB iPhone 13 variant might have a higher price range from other iPhone iterations. Consumers should expect that the upcoming device could have a $100-$200 increase over the 512GB configuration.

The YouTuber stated that Apple has reworked its graphite/grey space colors of the iPhone 13 and turned it into a "Borderline Black," which means that the iPhone 13 would come with a matte black color scheme, like what the company did previously for the iPhone 10 in 2017.

The tech giant would also reportedly look at the current bronze or copper colors that have been validated on the first step. EAP stated that Apple has been experimenting with Orange as well, and currently, it is now past Stage 1 on production validation. However, the YouTuber said that the Orange hue would not make it to launch.

iPhone 13 Release Date: Will it Be Launched Early?

Forbes reported that a Taiwanese publication stated that the iPhone 13 could have an early release date since the tech giant's chipmaker, TSMC, is way ahead of manufacturing the A15 chipset. The chipset manufacturing was reported to start production by the end of May, but current reports suggest that it has already begun.

A May shipping could mean that Apple has started manufacturing the iPhone 13 to pre-pandemic levels. By comparison, the iPhone 12 A14 chipset did not enter initial production until the end of June, resulting in an October 23 launch of the iPhone 12.

Related Article: iPhone 13 Rumored to Have Up to 1TB of Storage--But Is Apple Way Behind Samsung and Asus?