AMD is bringing in new stocks for their flagship CPU, so start checking out online retailers. These high-end consumer chips should be available on retailers for a while. However, with the market demand remaining high, there's no telling how long availability would last.

The AMD Ryzen 9 5900X has been unattainable since its first release in 2020. AMD has provided consistent stocks to major retailers; however, the CPU rapidly sells out the minute new supplies come in.

In a good sign of things to come, though, the said CPU reached the second spot of Amazon's Best Seller of Computer CPU Processors. This indicates that more stocks at the right price could come soon! 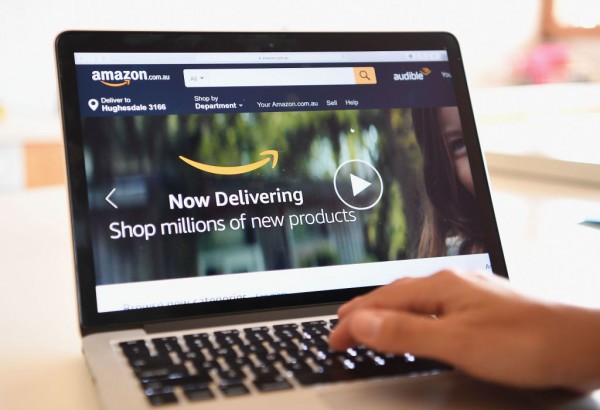 (Photo : Quinn Rooney/Getty Images)
AMD is bringing in new stocks for their flagship CPU, so start checking out the online markets before you run out of stocks. These high-end consumer chips should be available on online retailers for a while. However, there's no telling how long availability would last.

As  PC World reported, Amazon confirmed that the AMD Ryzen 9 5900X is a top-selling product in their retailer shop. The article showed a graph of the AMD Ryzen 9 5900X selling consistently at different price points. This pattern implies that the price drops to $550 during the resupply period. However, consumers continue to buy from resellers and pay around $700-$900 occasionally.

In conclusion, Amazon has a steady supply of AMD Ryzen 9 5900X chips and sells them out consistently. However, buyers need to keep a lookout for a chance to buy the chip at a cheaper price point.

Other major retailers might also have these stocks on hand. Keep an eye out on these pages and turn on notifications to get alerted for a chance to catch new supplies coming in. Tech Radar highlighted some stock updates for four major retailers in the US.

Amazon - In Stock: The major retailer has a few stocks on AMD Ryzen 9 5900X. However, these are listed under resellers with a mark-up price around $700-$1200. There have been no updates on when AMD will be shipping in new stocks.

B&H - Out of Stock: The retailer was selling the CPU for $549. However, it sold out within a matter of minutes after the chip went live. B&H, however, reports that there's "more on the way." The retailer gives you the option to be notified when these stocks come in.

Best Buy - Out of Stock: The retailer, unfortunately, ran out of AMD Ryzen 9 5900X CPUs. Instead, it is offering the AMD Ryzen 7 5800X at $449. If you like a cheaper alternative, grab this CPU instead while supplies are still available.

Newegg - In Stock: Newegg has the AMD Ryzen 9 5900X in stock sold at $714.99. There are currently three offers listed for this item. Newegg also has the Newegg Shuffle system that offers you an opportunity to buy other limited computer components such as GPUs and next-gen consoles. If you have the extra money, try your luck out with this.

It is recommended that you create your account in all these retailers beforehand. Also, save your complete address and payment details. Refresh the retailer page multiple times in a day to increase your chances of buying out the premium AMD Ryzen 9 5900X.