SpaceX's Starlink satellites have been seen by more and more people in recent times. One particular SpaceX enthusiast took it upon themselves to create a website to know when people can spot the chain of lights in the sky in their corner of the Earth.

Starlink is a string of satellites launched into space, engineered by Elon Musk's SpaceX, with the aim to provide high-speed, low latency broadband internet. According to their website, it's currently delivering initial beta service domestically and internationally, "and will continue expansion to near global coverage of the populated world in 2021." Starlink also claims to deliver high-speed broadband to rural and remote communities.

The Starlink initiative, according to Market Research, is expecting to launch a "constellation" of 42,000 satellites to provide Internet access all over the world.

With the chain of satellites, it is hard to miss in the night sky when it's making its orbit. They also state on their website that they are working with astronomers and engineers to make the satellite generally invisible to the naked eye. They also want to minimize Starlink's impact on astronomy by darkening satellites so they don't saturate observatory detectors.

It is quite a feat, coordinating the dance of nearly 1,500 satellites in orbit and are still on the mission to make satellite designs as dark as possible. Hence, why people can still see the string of lights making their way across the sky. 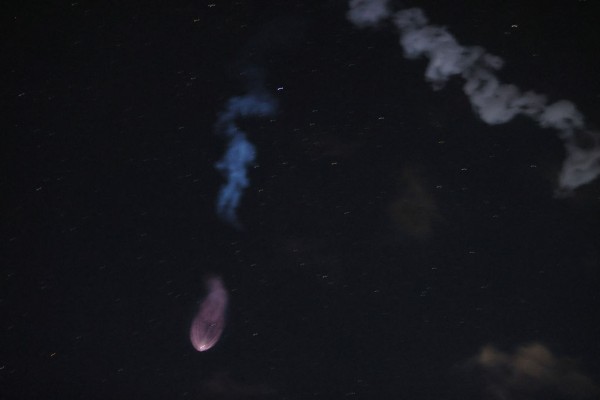 The tracker called Find Starlink was first launched two years ago, the website creator told Business Insider. He made the tracker for himself, his brother, and a friend as they lived in different parts of the world.

"Find Starlink was created three days after the first Starlink launch (24 May 2019) because I wanted to see the Starlink train and none of the existing websites tracked Starlink at that point," the developer told Insider.

Within the first five days of its launch, the website got half a million requests. He says he has received emails from people who helped build on Apollo rockets, as well as from those requesting the ruling out of UFO sightings.

Navigating the website is relatively easy. You can select your location by its name or by the coordinates.

Once you are brought to the page for the schedule and visibility quality of the Starlink in your area. It is classified into three visibility categories: "good", "average", and "poor" according to the calculations.

The developer of the website is able to achieve this by collecting calculations from the Reddit SpaceX community. He put a simple program together to predict the timings of the satellites, according to Insider.

In each launch, there's a "leader" of the Starlink satellite train. The website predicts its path since all the other satellites follow behind. The developer explains that the site calculates the triangle between the Sun, the satellite, and the location every minute of the first five days after the launch and calculates how good the visibility would be in that area.

A live map is also available to track the general orbital path the Starlink satellites are in all over the world.

The website also notes to its users that the timings are not 100 percent accurate since the orbit of the satellites changes often, "and without warning." And because of SpaceX's mission to make the satellites less visible, it may not even be seen as it passes over your area.